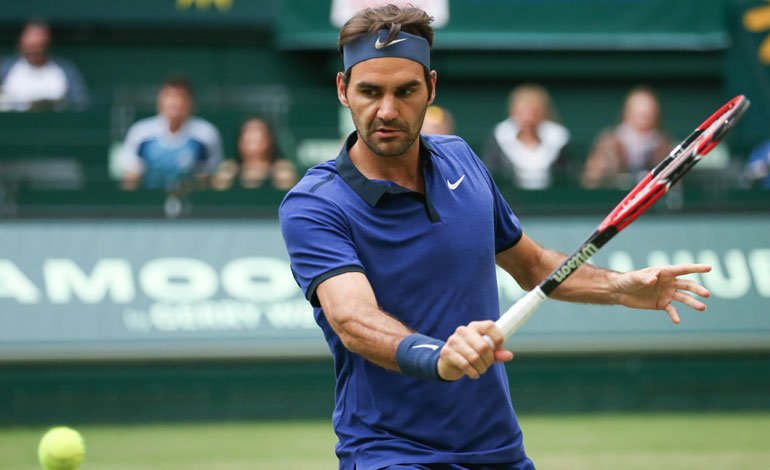 «It is no longer a question of trying to be on the level of Rafa or Novak»: Roger Federer, who returns to the slopes on Tuesday at the Geneva tournament, does not expect to immediately find his best level, although he hopes to once again be «one of the top”.

A double knee operation removed the 39-year-old Swiss tennis player from the courts between February 2020 and March 2021 and, on his return to Doha, on hard court, Federer won his first match but lost the second. Since then he has not played again.

After the level seen on Sunday in the final in Rome between Rafael Nadal and Novak Djokovic on Sunday, do you think you can measure up?

You can also read:  Del Potro advances to quarters in Beijing and seals ticket for the Masters

«I only think about one thing: my own level of play. On the circuit, all the teammates have recovered a good rhythm. And I want the same. I have work to do to get it, I need ten games. There are doubts as to my current level, we will know a little more on Tuesday. It is no longer about trying to be at the level of Rafa or Novak. It’s not what I’m looking for playing in Geneva.

He returns to clay court competition when his current goal is the grass at Wimbledon. Does the change of surface not complicate your program?

“I’m happy because my knee held up well from hard to clay. So I hope it’s the same with the switch to grass. Since 1998, when I put weed in my program, I never had a problem switching from one surface to another. But of course, after an injury there is always a bit of fear, especially if you have not played for so long, as is my case. The important thing is to be able to evaluate, in case of discomfort, if it comes from the knee or the lack of playing time. Or if it’s because I’m simply older …

You can also read:  Djokovic: "Andy is deserved number one"

Do you have the impression that the circuit changed during your absence?

‘It’s hard to say, I haven’t seen many tournaments. But every time I looked at one I was impressed. I want to see how I am, in Doha I surprised myself a bit. The change is now from hard court to clay, so I worry more about the surface than about the opponents. I am in good health and able to win games, recover on a court, serve for hours and start over. This is how I will gain confidence. I plan to be among the best again. Although if something is clear, it is that during my absence, the generation of the Tsitsipas, Zverev, Rublev and Medvedev gained in importance and experience. Dominic (Thiem) won a Grand Slam… And Rafa and Novak are still there. It seems that the level of play has gone up. For me, it will be even more difficult. AFP (HN)

You can also read:  Serena Williams advances to the third round