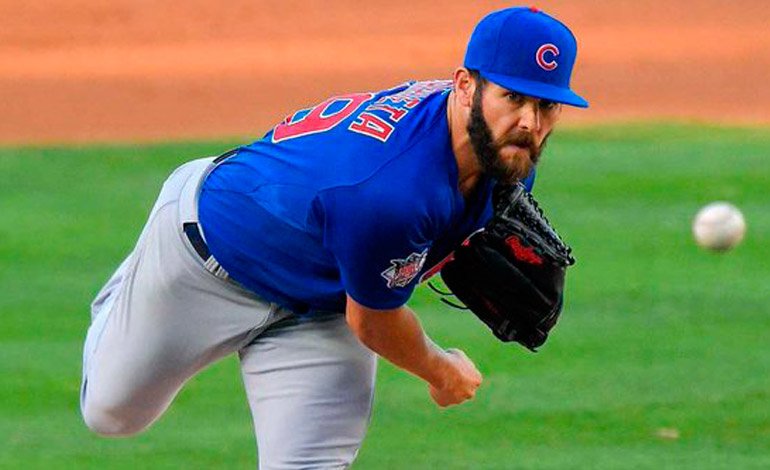 The great form in which the starter of Puerto Rican origin Jake Arrieta, of the Chicago Cubs, is again, made him worthy of being the winner of the Pitcher of the Month award in the National League.
The 2015 National League Cy Young winner has continued to shine this year and already has yet another award in his possession.
Arrieta opened the season going 5-0 with a 1.00 ERA in five April starts. He pitched a no-hit, no-run game against the Cincinnati Reds on the 21st of that month.
The right-hander entered Monday leading the NL in wins and is second in ERA and WHIP (walks plus hits per inning pitched).
The great work of Arrieta, 30 years old, has allowed the Cubs to also be the team with the best record in the Old Circuit (17-6), prominent leaders in the Central Division, and also the best in the majors.EFE

You can also read:  Quinn will have Freeman and Coleman as collateral in running attack