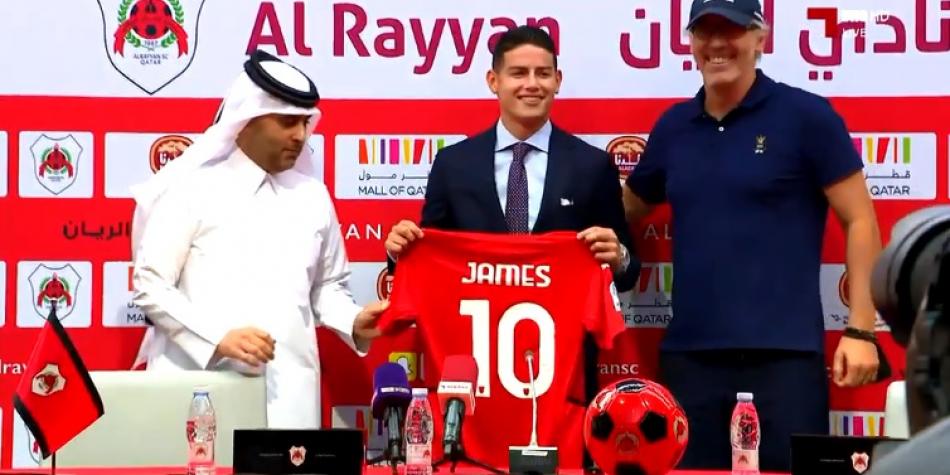 After not entering into Everton’s plans, James Rodríguez was signed by Al Rayyan of Qatar, a club where he has not had the best start to the season and now his situation is a little more serious, since the Colombian lost his head, attacked a referee and could be disqualified all of 2021.

British media such as Daily Star deal with the red and describe in detail the moments in which the Colombian loses his head, lowers his arm to the referee, takes off a teammate and even dares to applaud the judge when he expels him .

Well, that moment of fever for the footballer can be very expensive, since the Disciplinary Code of the Qatar Football Association leaves clear drastic sanctions for cases like yours.

You can also read:  Griezmann, a centenary 'Bleu' before the Spain of his heart

The serious problem is that, according to article 48, the punishments for infractions such as those that James evidently committed contemplate sanctions of between four and up to 24 games, depending on the seriousness of the facts and, specifically, on what appears in the arbitration report .

Facts considered as unsportsmanlike conduct, aggression, insults or verbal language or abusive gestures to the referee, would also give fines ranging from 106 to 310 million Colombian pesos. Of course that would be the lesser evil.

If James comes out of this uncomfortable situation well, the calendar would be his worst enemy. With certainty, the creative will miss the game of November 3 Al Gharafa. Then there will be a month and a half of suspension and two more games before the end of the year: on December 21 against Qatar SC and on December 26 against Al-Shamal.

You can also read:  Gerard Piqué equaled the scoring record of a defender in the Champions League

So now James is dependent on what the umpire Khalid Abdulla Nabet, who so freaked him out, says in his umpire report. To stop competing for so long would play against their interests and of course against those of the Colombian National Team. (FUTRED)