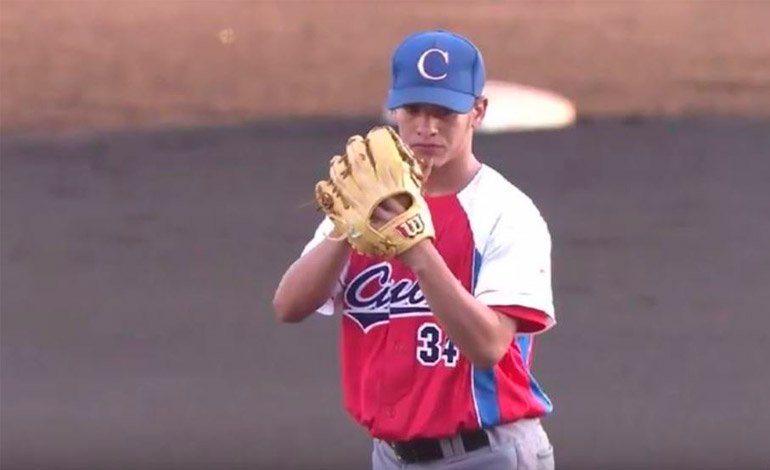 Cuba could not score runs against two Japanese pitchers in the III U-15 Baseball World Cup, which is played in the Japanese city of Iwaki and ended up losing 4×0.

The Cuban under-15 baseball team was defeated 4×0 by its Japanese counterpart on the second day of the U-15 World Championship that takes place in the Japanese city of Iwaki. The Cuban players had triumphed in their debut against the Colombian team with a score of 5×0.

Against the Japanese, the Cuban team had 6 hits and made no errors, while the winners had 7 hits and failed once defensively.

Loidel Chapelli, from Camagüey, stood out for the Cubans, who had three hits, one of them a triple. The victory went to the Japanese Masaki Oyokawa, while the defeat fell to Franny Cobos, who pitched seven innings in which three earned runs were earned. In addition, he allowed 6 hits, two of them doubles, and struck out 6 batters.

You can also read:  Bravos-Astros, a World Series of molten arms

They also took the mound for islanders Osdany Rodríguez and Liván Chaviano. Rodriguez had his fourth run scored in two-thirds of innings pitched.

The best hitter for the Japanese was Shoki Koyama, with two hits and two RBIs. (Courtesy of Martí Noticias).