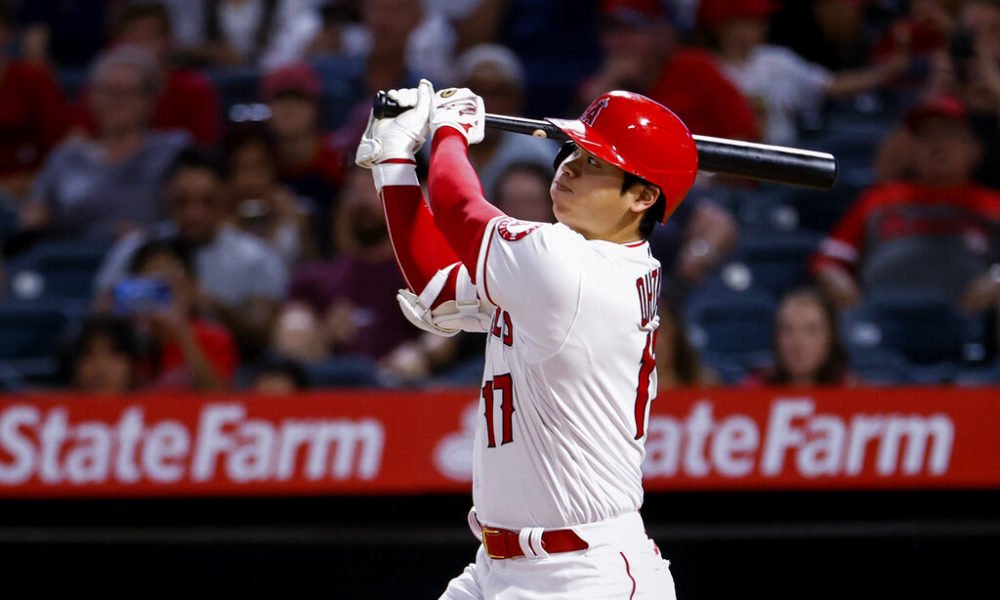 Shohei Ohtani hit 43 homers this season to lead the majors, and José Suárez threw a five-hitter in Saturday’s game, which the Los Angeles Angels beat the Texas Rangers 4-1.
Ohtani drove in three runs via his homer in the sect inning. The ball landed 426 feet from home plate and unleashed a chorus calling for the Japanese to be named MVP of the Season.
On the same night, Venezuelan Salvador Pérez of the Kansas City Royals hit two homers to reach 40.
Ohtani requires four more home runs to equal the franchise record, which is 47 and was set by Troy Glaus in 2000. Of the home runs by Ohtani this year, 25 have come at Angel Stadium, to break Glaus’ mark, who achieved 24 at home during that season.
The Asian star’s hit came a day after he pitched an impressive seven innings to beat Texas 3-2.
Suarez (6-7) had the first complete game of his career in the majors. The 23-year-old left-hander struck out eight, walked free and hit 100 pitches.
Kolby Allard (3-2) was defeated. (AP)