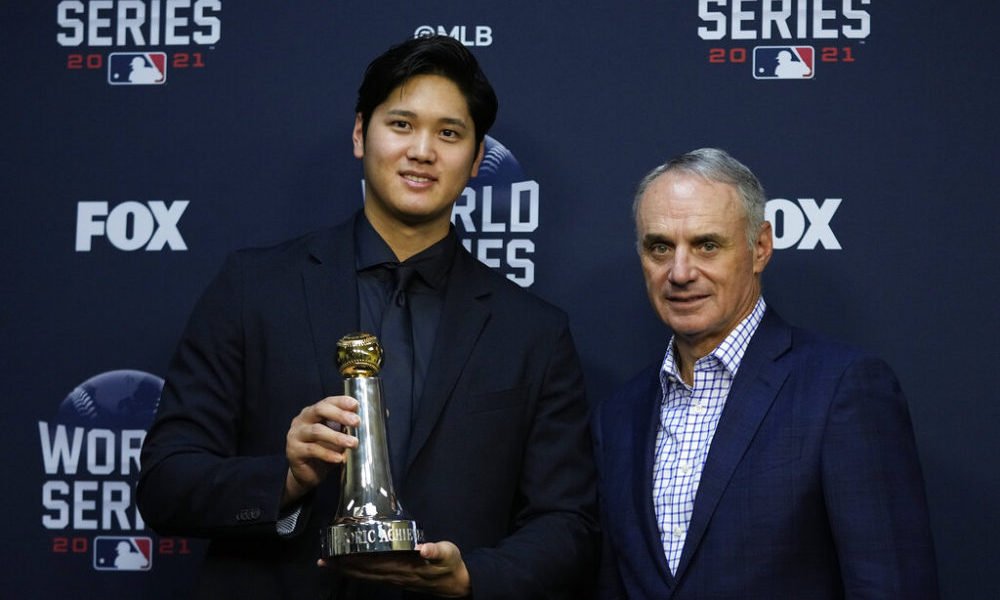 The Angels’ Japanese two-way Shohei Ohtani received the “Commissioner’s Award for Historic Achievement” on Tuesday, ahead of the first game of the 2021 World Series between the Atlanta Braves and the Houston Astros.

Ohtani is the 16th recipient of the recognition, which was created by Major League Baseball headquarters to recognize historically significant achievements and contributions to the game.

The last time this honor was presented was during the 2014 season, when it was received by Derek Jeter, who was playing his final season with the New York Yankees, and Vin Scully, of the Los Angeles Dodgers.

Shohei Ohtani’s 2021 season will be remembered forever. His overall excellence captured everyone’s imagination and demonstrated the greatness of our game, ”Major League Baseball Commissioner Rob Manfred said as he presented the award to the Japanese.

In the 2021 campaign, Ohtani became the first player in Major League history to be called up to the All-Star Game as a pitcher and batter.

In the 88 years of the All-Star Game, for the first time a player was the starting pitcher and designated hitter of a team.

During the regular season, the Japanese hit 46 home runs, 26 doubles and eight triples, drove in 100 runs and scored 103.

Ohtani is the first pitcher to make multiple starts in a season while leading the majors in home runs since the legendary Babe Ruth did it in 1919.

You can also read:  Abreu and Freeman, most valuable of MLB 2020

Among the Latin American players who have been decorated with the award are the Dominican Sammy Sosa (in 1998 with Mark McGwire), the Puerto Rican Roberto Clemente (2006 posthumously) and the Panamanian Mariano Rivera (2013). Another Japanese winner was Ichiros Suzuki (in 2005 for a record hit in a season). (AFP)