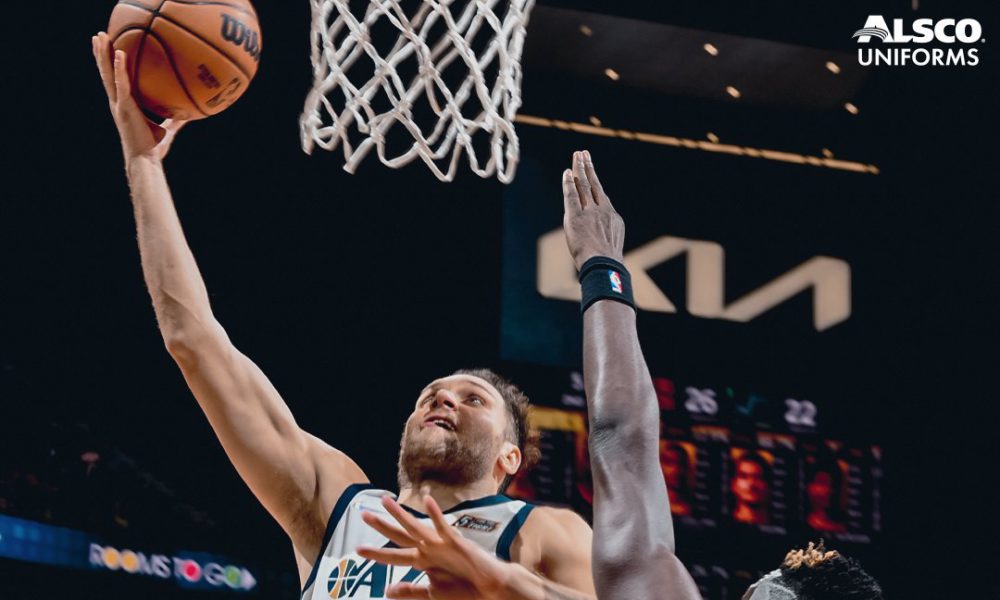 The Utah Jazz beat the Atlanta Hawks with a score of 116-98, cementing their triumph on 30 points by Jordan Clarkson, in one of the five games of the day this Thursday in the NBA.

The Utah boys achieved an important victory despite the absence of their leading scorer, Donovan Mitchell, due to a sprained right ankle.

“They’re all very supportive of me,” Clarkson said, referring to his teammates. «They believe in me and believe in what I can do. It’s lovely”.

This was the Jazz’s eighth victory in nine games after sweeping the home team, especially in the fourth quarter, which they won easily 41-24 thanks to eight triples.

Clarkson was coming off a miserable game Tuesday night, when he went 11-0 from 3-point range and 1-for-13 overall to finish with just two points in a win over Sacramento.

You can also read:  Controversial tweet tests relationship between China and NBA

It was his second straight game without a triple after hitting at least one from long range in 99 straight games.

Clarkson missed five more triples in the first two quarters of today’s game, extending his drought beyond the arc to 23 straight shots.

Yet just after the midpoint of the third period, Clarkson rose from 27 feet and landed a triple. He kept shooting and made three more triples, finishing with a season-high 10-of-19 shooting for the season.

Canastero Trae Young scored 21 points for the Hawks, who shot just 42.7% from the field, including 7 of 28 on 3s. It was Atlanta’s first loss in four games at State Farm Arena this season.

After an unexpected run to the Eastern Conference finals, the Hawks are off to a slow start to the season.

You can also read:  From drug dealer to NBA star

Coach Nate McMillan was furious with his team after the Jazz scored 77 points in the second half, even without Mitchell.

– Curry and Maxey show off –

“This group is very close, they have no distractions and they play hard,” Sixers coach Doc Rivers said.

The Sixers, who played for the second night in a row, used only eight players. Furkan Korkmaz (wrist) was out, while former Pistons forward Tobias Harris was out due to covid-19 protocols.

Jeremi Grant scored 27 points for the Pistons, but only five in the second half.