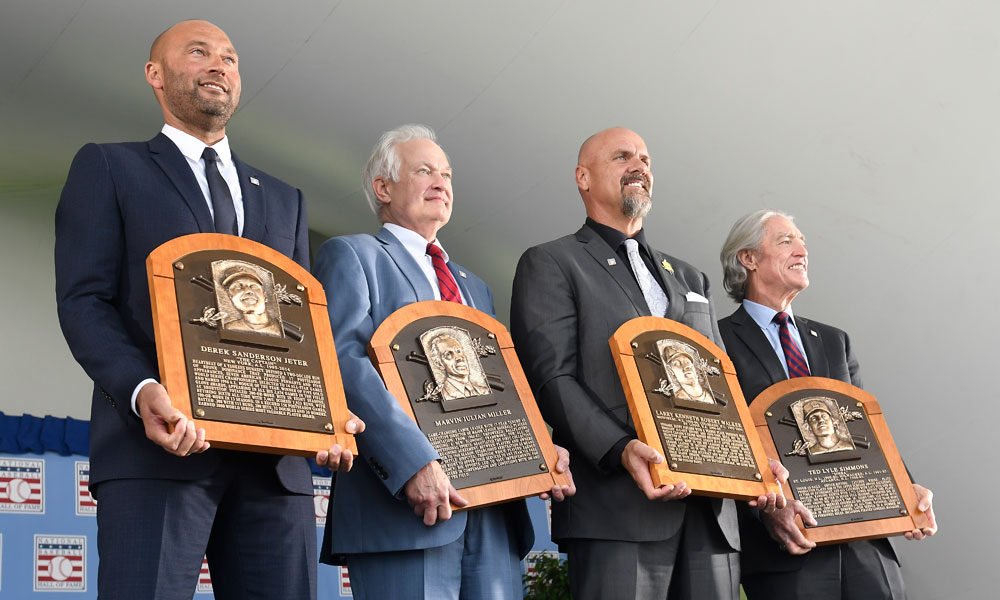 Those admitted to the compound of the immortals were finally able to enter the pantheon of the greats after a long wait due to the covid-19 pandemic.

Jeter and his fellow inductors were greeted at an outdoor ceremony for the Class of 2020 held in Cooperstown, New York.

Basketball greats Michael Jordan and Patrick Ewing were in attendance along with a crowd of Yankees fans who chanted Jeter’s name as they saluted the man known as “Adored Captain.”

Jeter, one of the most popular and successful players for the Yankees, the most winning franchise in professional sports in the United States, and current member of the Miami Marlins board of owners, was the central figure in the activity.

You can also read:  MLB wants all players vaccinated against Covid-19 by 2021

During a 20-season career, Jeter was called up to the All-Star Game 14 times, was part of five Yankees teams that won the World Series and received five Gold Gloves and five Silver Bates.

“I forgot how good it feels,” Jeter told the cheering crowd before reading a prepared speech at a ceremony that had been postponed for more than a year due to the coronavirus.

Jeter was elected to the hall after being one vote away from being a unanimous choice during the American Baseball Writers Association vote last year, getting 396 of 397 ballots.

“Thanks to the baseball writers, all but one, who voted for me,” Jeter joked.

For his part, the former star of the Montreal Expos (now Washington Nationals), the Colorado Rockies and the St. Louis Cardinals, Walker, is only the second member of the Hall of Fame born in Canada, was received by fans waving Canadian flags.

Walker won the National League Most Valuable Player award in 1997 and collected seven Gold Gloves, three Silver Bats and three batting titles and was called up to five All-Star Games.