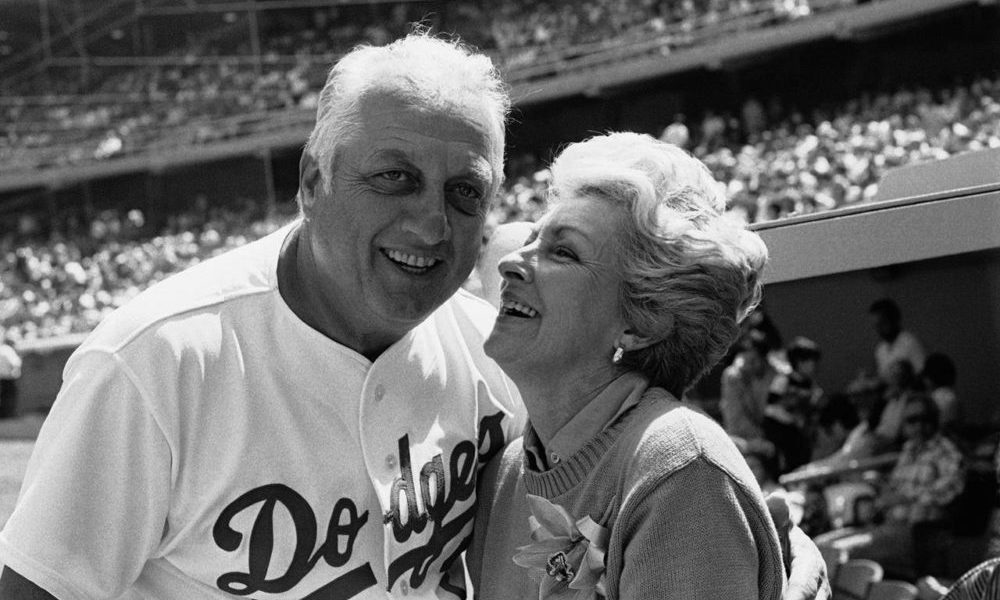 Jo Lasorda, widow of Hall of Famer and mentor to many of the Los Angeles Dodgers, Tommy Lasorda, passed away at 8:59 pm Monday night at her home in Fullerton.

As the team announced in a statement on Tuesday, the renowned manager’s widow passed away at the age of 91.

Jo Lasorda was born on March 14, 1930 in Greenville, South Carolina. Her maiden name was Joan Miller and she met Tommy Lasorda at a Greenville Spinners minor league game.

The two were married on April 14, 1950 and were together for 70 years. Tommy passed away on January 7 of this year.

Lasorda leaves behind a daughter, Laura, and a granddaughter, Emily Tess. She is survived by a sister, Gladys Reeves of Greenville, South Carolina.

The Los Angeles Dodgers family were saddened to learn of the passing of Jo Lasorda, widow of Dodgers’ Hall of Famer Tommy Lasorda. Jo, 91, passed away Monday evening at 8:59 pm at her Fullerton home. We send our deepest condolences to the Lasorda family at this time.