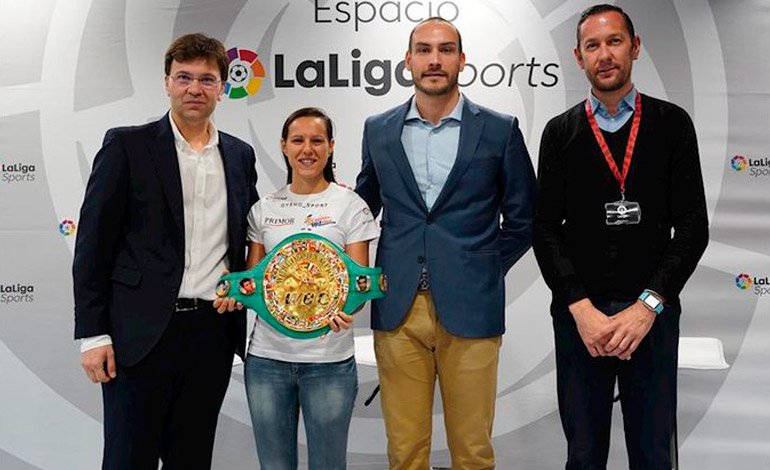 The boxer Joana Pastrana (15-2) faces this November 23 the Mexican Katia Gutiérrez (21-7) in a fight to which she assured, in an interview with EFE, that she arrives better than ever after her last defeat against Yokasta Valle that made him learn that “you can always give more.”

The fight, which will be played at the Navafría de Moralzarzal Sports City, will serve as a knockout to qualify for the World Boxing Council (WBC) World Championship held by the German Tina Rupprecht, against which the Spanish fighter was defeated for the first time after breaking the hand in the second round.

The fight was presented at the LaLiga headquarters, on whose streaming platform it can be seen for free: “When I received the news of LaLiga’s support, I was terribly excited. When you start doing sports you see the LaLiga symbol with all the greats and being part of this is incredible. Having their support throughout the preparation is incredible, ”said Joana.

The Spanish attended the EFE Agency after the event and was really confident in the face of the fight: “Joana is better than ever and wanting to show who she really is. I want to get rid of that bittersweet taste in both the public and us for the last fight, “he warned.

A date that comes after suffering the second defeat of his professional career, but that helped him change his mind and learn: “It changes your mind because you think ‘I lost, I was not as good as I thought’. But we gave it a turn of the page and said that it was going to make me better than it was because I have been able to analyze the errors and we have been able to solve them “, he declared.

“Above all, I am left with not believing that you are the best or that you have reached your maximum. That you can always give more of yourself and that no matter how high the goal is, you can always achieve it, “he added.

If she achieves victory, Joana Pastrana will have her long-awaited revenge against Tina in the first quarter of 2020: “For me it is an extra motivation. I have always liked having short, medium and long term goals. Now we have to live in the present and to achieve long-term goals I have to win on the 23rd, but I never stop thinking that I want to reach the day of facing Tina for the world championship and we are working on that ”.

You can also read:  Finals of the Boxcino Tournament will be played

Before, the Spanish focuses on her next rival on November 23 and sees a tough fight: “Katia is a warrior. She has lost very few times and has a spectacular background being a five-time world champion. We know that you really want to come for what I want to achieve. It’s going to be a war. What we did not want was to fight again against a theoretically easy woman, we wanted to face someone who would fight us and with her she is the best we could have chosen ”.

Lastly, Pastrana sent a message for people to come to Moralzarzal to support her: “There is no better plan and if she is not going to go she will regret it. Living it in the first person is incomparable with seeing it or being told about it ”, he concluded. EFE