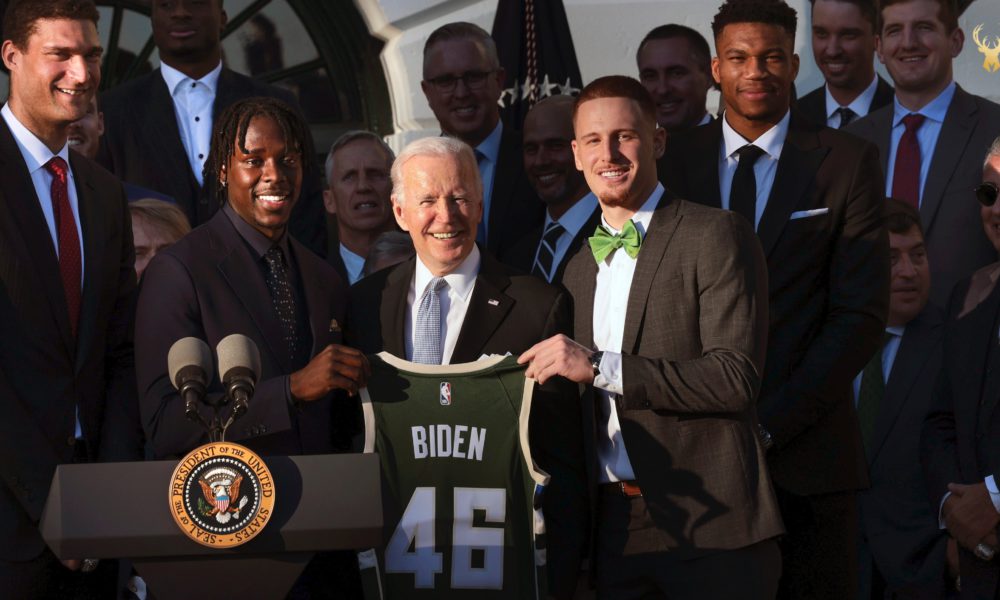 President Joe Biden received NBA champions the Milwaukee Bucks on Monday, who felt “honored” to be the first NBA team in nearly five years to visit the White House.

The Bucks met with President Biden, restarting a tradition that was halted during Donald Trump’s tumultuous presidency.

“It is amazing and moving to be part of that tradition. He’s very good, “said Bucks center, Cuban-American Brook Lopez.

NBA players had chosen not to attend White House celebrations honoring United States sports teams for the championship because of Trump’s policies that they considered aimed at stripping some of minority rights, especially the civil rights of the black community in the United States.

You can also read:  From drug dealer to NBA star

The Cleveland Cavaliers were the last NBA team to visit the White House, while former President Barack Obama was still in power.

On Monday, players and coaches met with Democratic leader Biden, who singled out Donte DiVincenzo, who like the president hails from Delaware.

“There he won two state championships,” Biden recalled. So he’s used to these things.

DiVincenzo said the experience would provide him with memories for a lifetime.

«It is a once in a lifetime opportunity. It was an experience, for one, to see someone from Delaware in the presidency, and for two, to be here with the team, win a championship, and be here to celebrate, “said the player.

Biden also spoke about the poverty-to-wealth story of the Bucks’ top scorer, Greek Giannis Antetokounmpo, who came out of the lack of financial resources he experienced while growing up in Greece, which included sharing a pair of shoes with his brother, to make the American dream come true.

“I got a little excited,” said Antetokounmpo.

«I know how much (my family) sacrificed. This doesn’t go back eight years. This goes back to when I was a child. (AFP)

“Believing in your dreams, you can accomplish great things in life …

I’m in the White House – this is awesome !! ” pic.twitter.com/LJ4PHPHWeg