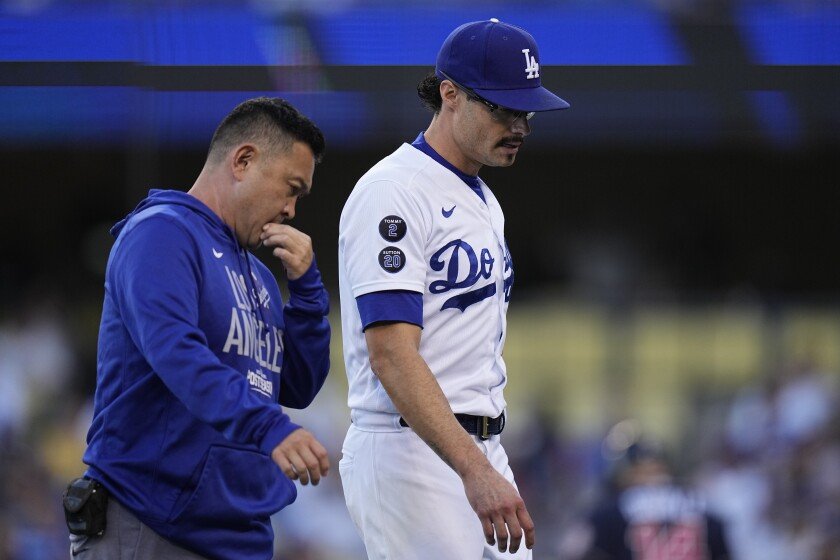 Despite winning the game to stay alive in the Major League Baseball playoffs, for the second night in a row, the Los Angeles Dodgers lost one of their members for the remainder of the season.

Pitcher Joe Kelly, who served as an opener or false starter in Game 5 of the NL Championship Series, injured his right arm biceps and will most likely be substituted on the roster, manager Dave reported. Roberts, after the Dodgers crushed the Atlanta Braves 11-2 on Thursday at Dodger Stadium.

The night before, third baseman Justin Turner seriously injured a hamstring and had to be replaced on the playoff roster by utility utility Andy Burns. By Major League Baseball rules, a player who is substituted due to injury cannot return in the next series, except for coronavirus.

Kelly retired Puerto Rican outfielder Eddie Rosario starting the game, but then he allowed a single to Curaçao second baseman Ozzie Albies and a home run to first baseman Freddie Freeman. He had 28 pitches when he was visited by Roberts and one of the club’s doctors, having to leave the game with two outs on the board.

“Kelly will continue to be tested, but his season is most likely over,” Roberts said.

The driver said left-hander David Price is one of the candidates who will be evaluated for Kelly’s job. “We will consider several candidates and David is on the list, but it is not yet a fact that Joe is out,” he said.

You can also read:  Pitchers Tehran, Gío and Pérez agree to contracts in the Major Leagues

On a bullpen night, the Dodgers used seven pitchers to slow the Braves’ offense to five hits and two runs, and their lineup produced 17 hits and more than 10 runs for the first time in the postseason.

With its seventh straight win when facing playoff elimination, Los Angeles stretched the NL final to six games. Atlanta, which now leads 3-2, will have two chances this weekend, at home, to advance to the World Series.

Last year, the Dodgers bounced back from being down 1-3 to Atlanta, winning three games in a row to qualify for the fall classic and claim their first championship since 1988. (ESPNDEPORTES)

You can also read:  Mexico announces list of players for the Caribbean Series 2017