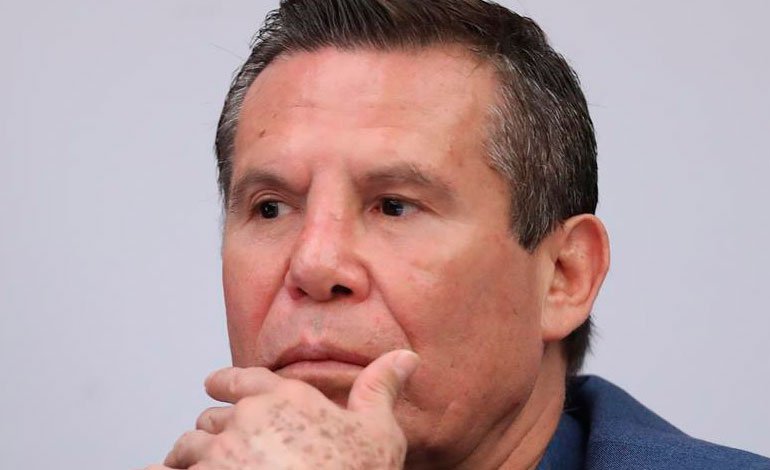 Former world boxing champion Julio César Chávez said he is in pain as a result of training for this month’s fight against his compatriot Jorge Arce, but assured that he will persist because thanks to her he will help many people.

“The blows are not caresses, but I do it with pleasure because it is for a noble cause,” the 58-year-old boxer said at a press conference, who on September 25 will challenge the “Naughty” Arce in a lawsuit whose earnings will serve to receive people addicted to alcohol and drugs at Chávez’s clinic.

A world champion in three different divisions, Chávez is the ‘greatest’ fighter in the history of Mexican boxing. At 58 years old, he remains in good physical shape, but, as he has said, it is another thing to do a formal training at his age because it hurts even when he hits the pear.

You can also read:  Mayweather and Maidana hit the weight easily

«I find it difficult to prepare, even if it is an exhibition. It is a fight in which risks are run “, indicated.

Chávez recovered 12 years ago from alcoholism and drug use and preaches by example so that professional colleagues and people outside of boxing stay away from vices and, if they have them, are encouraged to heal.

«Nobody gave a peso for me, they ask me how I did it. I did it, you know with what; with eggs in the morning, eggs in the afternoon and eggs in the evening, plus a recovery program, ”he noted.

The retired champion accepted that if he had not been cured, he would already be dead, but he came out of addictions and soon began to receive recognition, the first his enthronement in the Hall of Fame in Canastota, New York.

You can also read:  Saúl «Canelo» Álvarez, the most recent deity of Mexican boxing

Among the patients Chávez will receive at his clinic is former Nicaraguan world champion Ricardo “Matador” Mayorga, who has been seen wandering the streets of Managua as homeless and has lost weight as a result of addictions.

«We are going to bring the« Matador »here very soon to Culiacán (Mexican Pacific) so that he can finish rehabilitating; I already made his video for him, I am going to send it to him so that he can get ahead of this damn disease, “said Chávez.

The Chávez-Arce III fight will be played in Tijuana, northern Mexico, behind closed doors, it will be broadcast by ‘streaming’ and the proceeds will be used to help people with addictions.

You can also read:  Tamers of Cuba sweep Caciques of Venezuela and mark debut in VII Series

“I hope to get 10-15 to the clinic,” said Chávez, referring to the number of people he hopes to help with the proceeds.

The undercard will have other bouts, such as that of the World Boxing Council super bantamweight champion, Yamileth Mercado, against Dayanna González in an 8-round duel between Mexican women, and that of Julio César Chávez Jr. against the undefeated Mario Cázares, in a lawsuit. 10 rounds off light heavyweight.

The World Boxing Council will present Chávez with the Otomí belt, which was created in homage to that indigenous people and, according to Mauricio Sulaimán, president of the WBC, it will be a good tribute to the career of Mexico’s greatest boxer. EFE (HN).