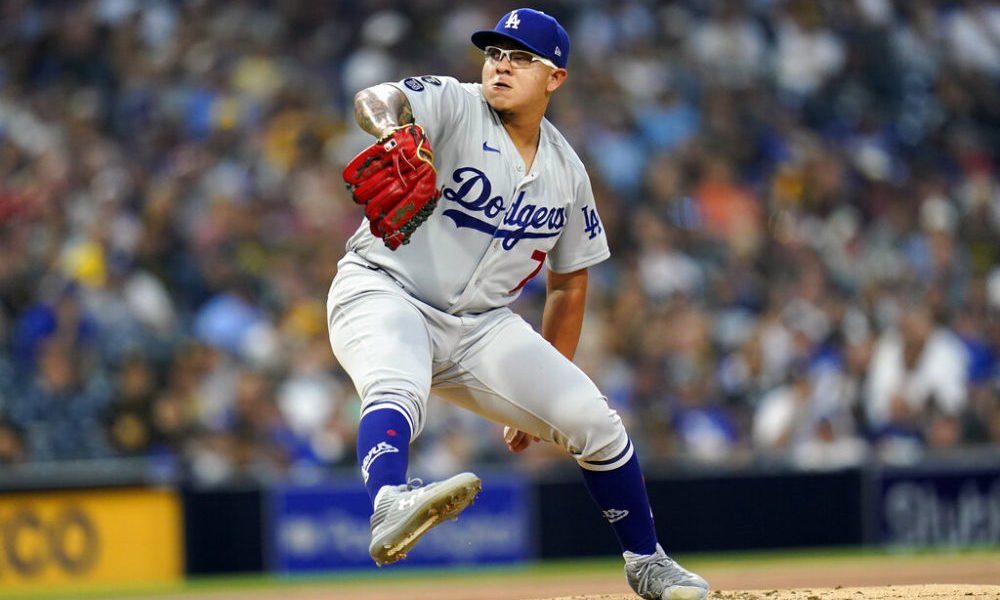 The season in the MLB continues its march and the Dodgers, with the expected return of Julio Urías, achieved an important victory against the San Diego Padres; the Mexican had only one hit and AJ Pollock made a monumental save that avoided a home run.

Julio Urías was present in five innings of this game against the Padres, where he was able to strike out four of his rivals, reaching a total of 153 strikeouts in the season, being the first Mexican to do so since Marco Estrada, in 2017, where he achieved 176.

The Dodgers had a good game from start to finish where a couple of moments marked its development, both for better and for worse.

You can also read:  Dodgers crush Nationals and go ahead in their Division Series

With Julio Urías on the diamond, pitching and trying not to have a hit, he faced Manny Machado, a Padres player who landed a great blow and was nowhere near a home run, a fact that would have happened had it not been for AJ Pollock.

This man ran, reached the limits of the stadium and after a timely jump, ended all dangerous action. Postcard that will remain for the memory.

The anger of Julio Urías

Moments later, with Julio Urías having a good performance, he threw a great ball but the ampáyer ‘stole’ him, since he considered that his launch would be the first base on the ball and thus the streak of the Dodgers player would be cut.

The victory of the Dodgers

The game continued its march and almost always was oriented for the Dodgers, because at the end of the fifth inning, the score was in their favor by 1-0, which was not at all clear but the actions on the field reinforced it.

With the passing of the innings the advantage became clearer and the final score was 5-2 in favor of the Dodgers over the San Diego Padres. (Halftime)