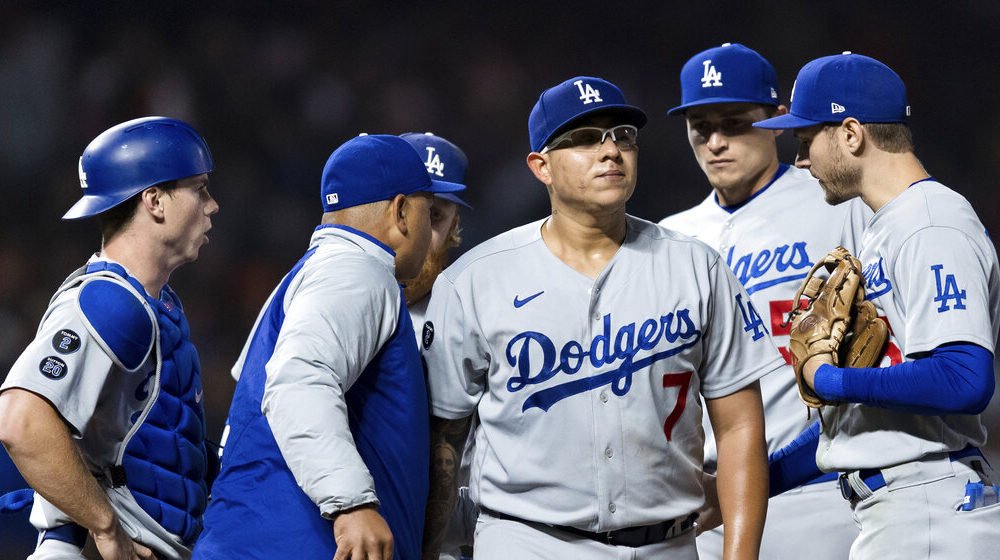 Great night for the Mexican Julio Urías and the Dodgers! The Culiacán, Sinaloa, native pitcher achieved his 16th win of the season in Major League Baseball during the game in which the Los Angeles ninth defeated the San Francisco Giants 6-1 at Oracle Park.
The ‘cuilichi’ threw 5.2 innings, in which they gave him 8 hits, allowed one run, did not walk and struck out eight rivals, thus showing his great ability to work from the mound, thus leaving his ERA at 3.11 and placing himself as leader of the Major Leagues.
Julio Urías, close to making history

With this victory, Urías equaled the record that Jorge de la Rosa achieved in 2013 when he finished with 16 victories.
Now, the Dodgers pitcher is four wins away from entering the select group of Mexicans who have achieved 20 or more wins in a single MLB campaign, which is made up of Teodoro Higuera (20), Fernando Valenzuela (21) and Esteban Loaiza (21).
The victory of the Dodgers

You can also read:  Max Scherzer to be the Dodgers' wild card pitcher against the Cardinals

Los Angeles’ ninth started the game against the San Francisco Giants with a three-run lead, after Trea Turner hit a home run in the first inning and Betts and Justin Turner scored.
However, the home team responded with a run from Bryant. The board didn’t budge until the sixth inning when Justin Turner scored. The last two runs for the Dodgers went into the ninth inning, when Seager hit a home run to center field and Bellinger scored off Pujols’ sacrifice hit to right field. (https://www.mediotiempo.com)