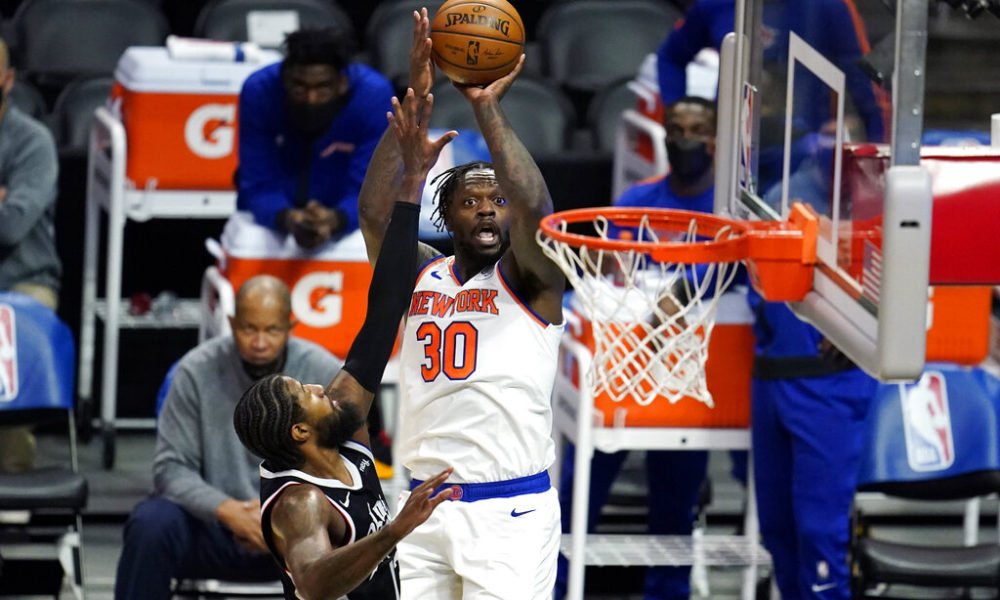 All-Star Julius Randle has agreed to a four-year, $ 117 million contract extension with the New York Knicks, a person familiar with the deal revealed to The Associated Press on Thursday.

The new deal goes into effect at the end of next season and increases the current contract total to five years and $ 140 million. added the person, who spoke on condition of anonymity because no agreement can be signed before Friday noon ET.

Randle would have become a free agent after next season.

ESPN was the first outlet to report the pact.

Randle struck the new deal by guiding the Knicks to the playoffs in their best season. He set his career highs, averaging 24.1 points per game and equaling his maximum average of 10.2 rebounds in his seventh NBA season.

You can also read:  Kyrie Irving and the real option for him to play in the NBA again

Randle also set his career records with 6.0 assists per game and 41% from 3-pointers. He was voted the most improved player in the NBA.

Randle, who hails from the University of Kentucky, was chosen the seventh overall pick in the 2014 NBA Draft by the Los Angeles Lakers. He has career averages in the league of 17.4 points and 9.2 rebounds.

The deal with Randle is the second the Knicks have made with an All-Star to be revealed in two days. On Wednesday, a person with knowledge of the situation said four-time All-Star point guard Kemba Walker will sign with the Knicks after agreeing to a contract termination with the Oklahoma City Thunder. Walker was born in the Bronx.

You can also read:  Durant and Thompson impose scoring inspiration and win Warriors

The 31-year-old Walker is owed nearly $ 74 million over the next two seasons, including a $ 37.6 million termination option he has in his possession for the 2022-23 season. He never played for the Thunder, who acquired him in a trade with Boston in June, a deal that sent Al Horford back to the Celtics. (AFP)