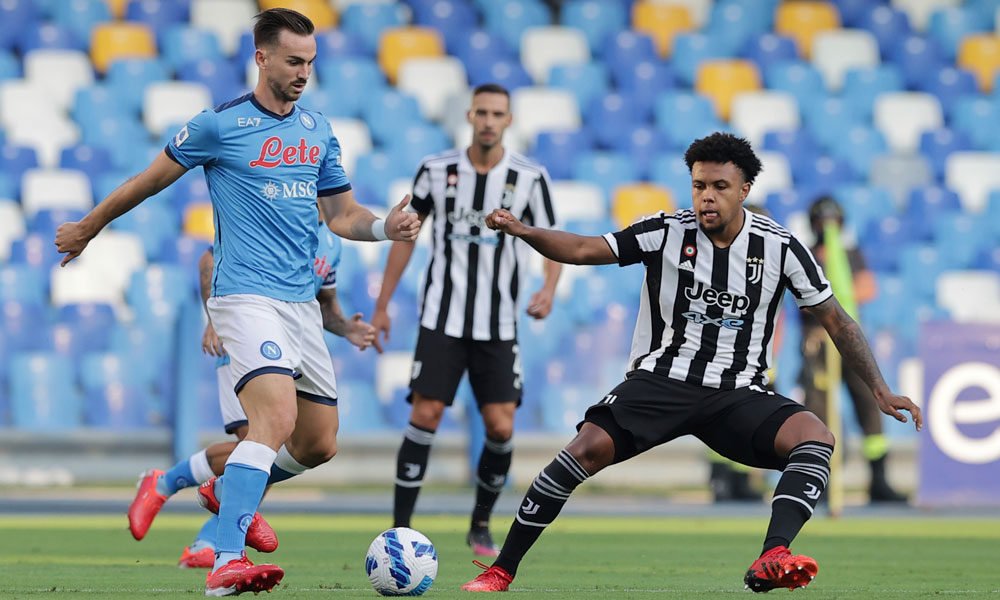 Juventus Turin self-destroyed and squandered the initial lead, signed by Spaniard Álvaro Morata, by giving Napoli two goals that led to a 2-1 victory for the Neapolitan side, on the third matchday of the Italian Serie A.

In his second game without the Portuguese Cristiano Ronaldo, who had his dream debut this Saturday on his return to Manchester United, with a double against Newcastle, Juventus had their second consecutive defeat, after the 0-1 suffered at home against the recently Empoli promoted before the national team break.

The Bianconeri still do not know how to win this season and only add one point in three games, while Naples is the momentary leader with nine points out of nine available.

You can also read:  Uruguay and Colombia tie in Montevideo

The men of the coach Massimiliano Allegri did not lack excuses, as he arrived at the Diego Maradona stadium in Naples without his South American players, just returned from the commitments of their national teams. The Argentine Paulo Dybala, the Uruguayan Rodrigo Bentancur, the Brazilians Danilo Luiz da Silva and Álex Sandro and the Colombian Juan Guillermo Cuadrado were absent.

But the game had turned downhill after ten minutes thanks to a serious naivety of the Greek Kostas Manolas, who handed Morata the ball for the 1-0 Juventino goal.

Juventus, who handed over the title of Italian champion last year after nine consecutive titles, succumbed to the reaction of character from Napoli, led by a convincing performance from Spain’s Fabián Ruiz.

You can also read:  Moise Kean returns on loan to Juventus

The Andalusian led to the 1-1 goal, defending a ball down the left wing with commitment and opening the play that led to Matteo Politano’s target, after a serious failure by Polish goalkeeper Wojciech Szczesny.

It was minute 57 and Napoli were gaining confidence, against Juventus that was losing strength in its legs. Luciano Spalletti empowered his team with the Mexican Hirving Lozano and the Polish Piotr Zielinski and the prize for the push came in 85, thanks to another defensive inaccuracy by Juventus.

On a corner kick, Moise Kean, who had just jumped onto the field, deflected the ball towards his goal and, after Szczesny’s rejection, Senegalese Kalidou Koulibaly sent the goal of the final 2-1 into the back of the net.

Napoli maintained the full number of victories, three out of three, and punished a Juventus that still does not know the victory, with a single point in three games. EFE (HN)