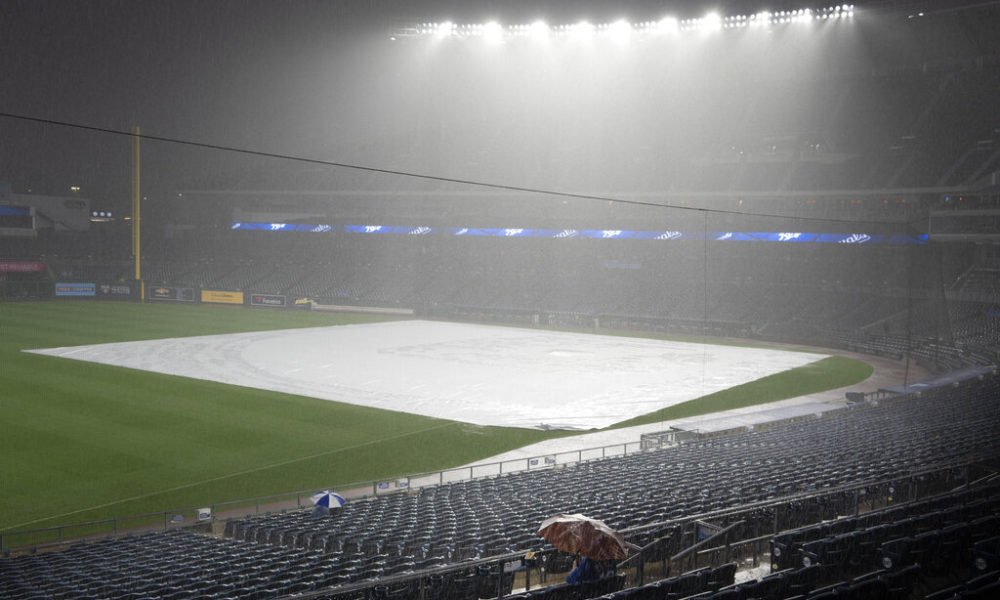 With a decade-long contract to play at Kauffman Stadium, the Kansas City Royals are exploring their options, and owner John Sherman said Tuesday that one includes the possibility of building a park downtown.
The Royals will reach a 53-year bond with the stadium, named after its founder Ewing Kauffman, until 2031, following a public-private agreement signed 15 years ago. It facilitated the financing of $ 250 million for renovations to the unique, but aging stadium that is on the outskirts of the city.
But the club will have to make a decision in the next two years to request more renovations to the Truman Sports Complex, which is also the home of Arrowhead Stadium, stronghold of the NFL’s Kansas City Chiefs, or look for another option. The design and construction of a new stadium normally takes five years and securing the necessary funds can take as long.
“They ask me this all the time, about where we’re going to play in the future,” said Sherman, who bought the team from David Glass in November 2019 for $ 1 billion. “From the day we acquired the franchise, trust me, we’ve had a revolving door of people coming up with ideas, some that have been in storage for a long time.”
In early 2000 there was pressure to build a new park, close to where city officials built the T-Mobile Arena, home of the Big 12 Conference college basketball tournament and other events.
But those plans were shelved in favor of staying at Kauffman Stadium.(AP)

You can also read:  Cardinals and Caribs win and tie their series in LVBP semifinals