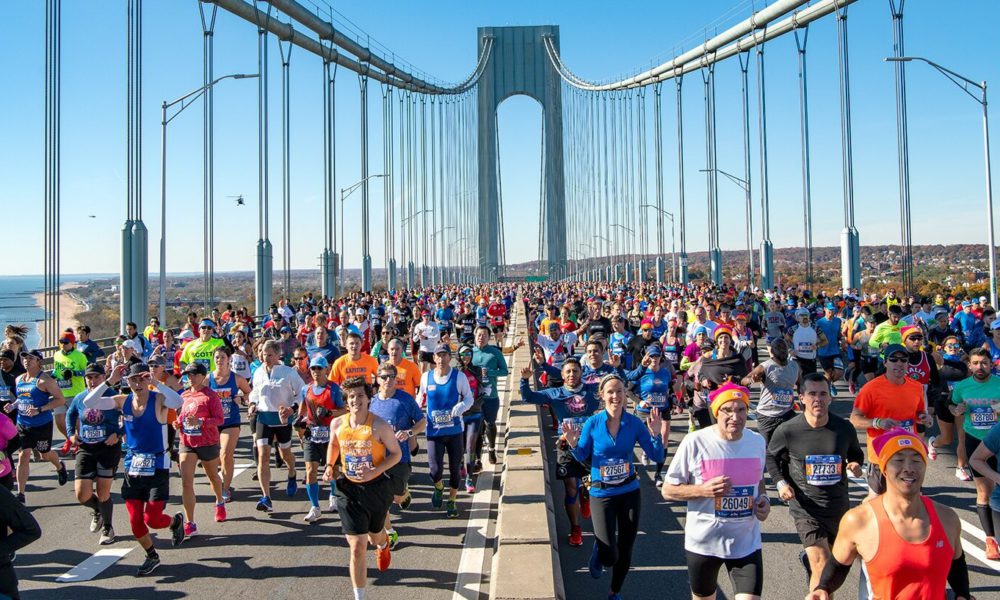 Kenyan Peres Jepchirchir became the first Olympic champion to triumph in the New York City Marathon on Sunday, with compatriot Albert Korir taking the victory in the men’s division.

Around 30,000 runners participated in the 42,195 kilometer test that returned to the streets of the “Big Apple” after its cancellation in 2020 due to the covid-19 pandemic.

Just 13 weeks after climbing to the top of the podium at the Tokyo 2020 Games, Jepchirchir crowned his historic double in the 50th edition of the New York City Marathon.

The Kenyan set a time of 2 hours, 22 minutes and 39 seconds, beating her compatriot Viola Cheptoo and the Ethiopian Ababel Yeshaneh in a close final.

“I did not expect. I thank God for having finished the season well after winning the Olympic marathon, ”Jepchirchir congratulated himself.

The Kenyan was only able to detach herself from her podium mates in one last attack on the last corners of Central Park.

“The route is not bad, but not easy,” he explained. “I feel something that I have never felt when finishing a marathon. I don’t know where the energy came from. Thank God it came to me in the last few minutes.

Kenya culminated their dominance of the race with Albert Korir’s triumph in the men’s division in another thrilling finale.

Korir, who had been second in 2019 to his compatriot Geoffrey Kamworor, prevailed with a mark of 2 hours, 8 minutes and 22 seconds.

The runner came back in the last kilometers to overtake Moroccan Mohamed El Aaraby by 44 seconds, with Italian Eyob Faniel in third place in 2:09:52.

“It was not an easy race, but I enjoyed it,” Korir said after crossing the finish line.

The Dutch runner of Somali origin Abdi Nageeye, Olympic runner-up in Tokyo-2020, was fifth with 2h11: 39 in his debut in New York. Nageeye, 32, entered 24 seconds behind fourth-placed American Elkanah Kibet.

Ethiopian Kenenisa Bekele, winner of the Berlin marathon in 2016 and 2019 and three-time Olympic champion of shorter distances, was sixth in 2h12: 52.

At 39, Bekele made his debut in New York as part of his return to competition after a two-year hiatus from the pandemic.

The Ethiopian had finished third in Berlin just six weeks ago.

Faniel and El Aaraby both held a 51-second lead midway through the race, but Korir, Kandie and Kibet stalked them for the next five miles.

After catching up, Korir, winner of the 2019 Ottawa and Houston marathon, imposed his stride to escape alone.

You can also read:  Chicago and Boston marathons return on consecutive days