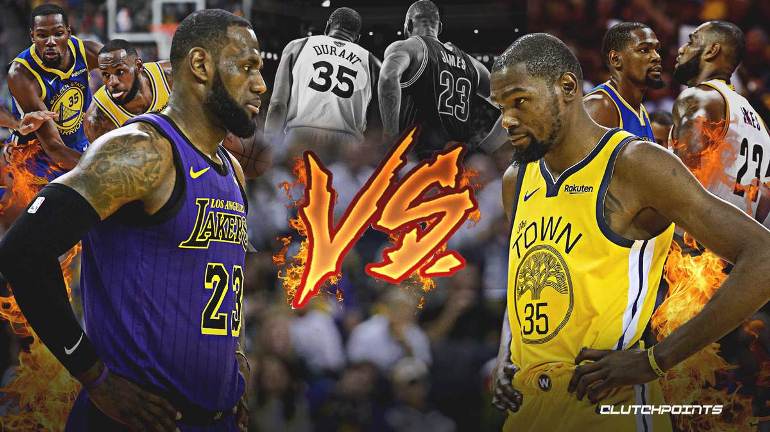 On the same day that the final date and place for the 2021 All-Star celebration came to light, the NBA has shared the first official count with the votes for the star event. All the data is not yet known but the All-Star game will take place this March 7 in Atlanta. And with that, that initial curiosity about which players will or will not be designated to participate in it.

The truth is that there are not many surprises. Or maybe yes, when you consider that Kevin Durant returned to the league courts this season after a year in dry dock and the 2.3 million votes received make him the favorite so far for the fans. And not because you don’t deserve it. Very close to him is the eternal and incombustible LeBron James, who ranks first in the West with 2.28 million votes.

The top 3 of the frontcourt is closed by four players who will surely be on the ballots for the MVP of the season award: Kawhi Leonard, Giannis Antetokounmpo, Nikola Jokic and Joel Embiid. The last two, in fact, start with a slight advantage over the rest after having released the Player of the Month awards this season 2020-21.

Among the guards there is little to highlight beyond the almost 100,000 votes received by Klay Thompson without even having dressed in short. NBA and fans miss one of their best snipers. Beyond that, the six players with the highest number of votes among the guards are: Stephen Curry, Luka Doncic, Bradley Beal, Kyrie Irving, James Harden and Damian Lillard.

You can also read:  United States favorite for its eighth gold, the sixth in a row

Fans will be able to continue voting for their favorite players until February 15. Three days later, on the 18th, the NBA will announce the ten starting players who will later be divided between the two teams according to the choice of each of the captains. (GG) (NBA Maniacs)