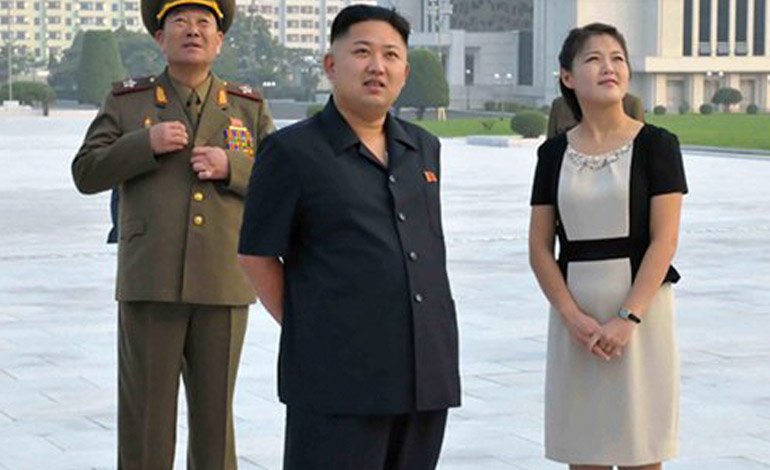 North Korean leader Kim Jong-un has attended a basketball game between the North Korean team Sobaeksu and the Chinese men’s Olympic team, state news agency KCNA reported today.
The leader, an avid fan of this sport, “expressed his great satisfaction at the successful match played with deep friendship, showing admirable technique,” the North Korean agency detailed.
Although KCNA did not specify the date of the match, it stated that the Pyongyang team beat Beijing 82-73.
Kim Jong-un’s fondness for basketball made headlines internationally when former American NBA player Dennis Rodman visited North Korea in 2013 and 2014.
It is the first time state media has reported Kim’s attendance at a China-related event since July 2013, when he visited the cemetery for Chinese soldiers buried in North Korea who fought in the Korean War (1950-53), according to the South Korean agency Yonhap.
Bilateral relations between the two have been damaged after the nuclear and missile tests that the North Korean regime carried out at the beginning of the year.
Experts from neighboring South Korea believe that this gesture could be a sign of the two countries’ attempts to resolve their disagreements, although they believe that a rapprochement in the imminent future will be difficult as long as Pyongyang does not abandon its nuclear program, according to sources consulted by Yonhap.
Relations between the two countries began to cool down when the North Korean leader’s sponsored pop group, the Moranbong, suddenly canceled their tour of China, where they were scheduled to play three concerts in December last year for members of the Chinese Communist Party in Beijing.
It was the Moranbong’s first overseas performance, a tour that coincided with North Korea’s announcement that it possessed the hydrogen bomb.
China, North Korea’s main trading partner, is part of the UN Security Council -which imposed harsh sanctions on the hermetic country for its weapons tests-, although it has always been in favor of making efforts to avoid an impact on the population. and the humanitarian needs of the North Koreans. EFE