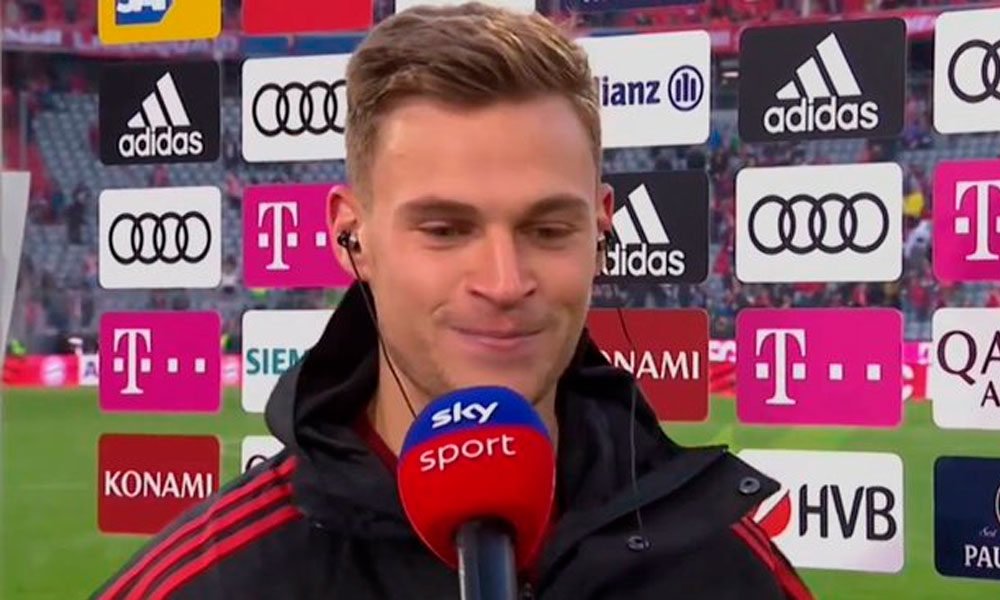 The German international Joshua Kimmich, from Bayern Münich, has generated a controversy in his country for not having yet been vaccinated against the coronavirus and having publicly explained that he has not done so because he has some reservations, because, according to him, there are not enough studies on long-term effects.

Kimmich has not ruled out being vaccinated soon, but his statements have raised concern within and outside of football as it can serve as ammunition for anti-vaccine movements.

Precisely Kimmich has been seen as a model in many aspects and has made, together with his partner at Bayern and in the national team Leon Goretzka, a contribution to the fight against the coronavirus with the creation of a foundation that has raised several million euros to help those most affected.

You can also read:  Legislators propose a street and a cultural circuit in memory of Maradona

He had recently received all kinds of praise for dispensing with agents and intermediaries and personally negotiating his renewal with Bayern, which caused him to be seen as an example of a professional taking his destiny into his own hands.

“We all know and appreciate Kimmich’s responsibility and that is why his statements surprise us,” said German Government spokesman Steffen Seibert on Monday.

Seibert said that the decision to get vaccinated or not is something personal, also for a German national team player, but added that “there are answers to the doubts he has and there are studies that hopefully have an influence on him.”

The chairman of the German Ethics Committee, Alena Buyx, said Kimmich had been misled by misinformation about the lack of studies on the long-term effects of the vaccine.

Buyx added that it would have been desirable for Kimmich to take advantage of the possibilities he has to become better informed and show exemplary behavior on the subject of the vaccine.

“Now it is about explaining to everyone that these long-term effects do not exist and preventing people from thinking that as Kimmich has doubts they also have to have doubts,” he explained.

Social Democratic Party health expert Karl Lauterbach, a medical epidemiologist, offered to have a conversation on the subject with Kimmich.

You can also read:  Costa Rica draws against Qatar

The controversy arises just at a time when Bayern coach Julian Nagelsmann has to direct his team from a distance because he has been infected with coronavirus, despite being vaccinated, forcing him to stay in home isolation. EFE (HN)