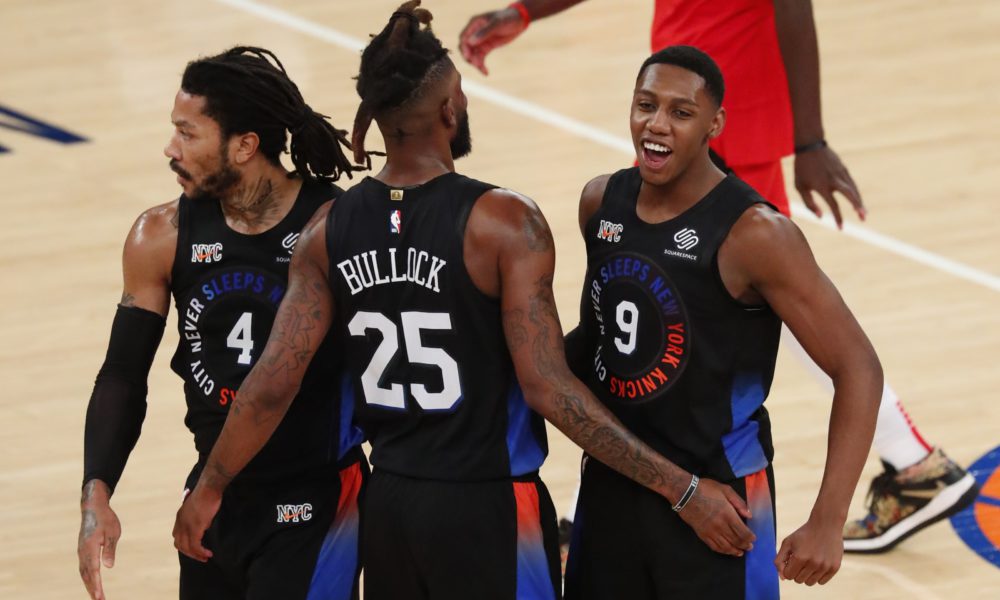 There will be no debate with the New York Knicks. While Kyrie Irving remains unvaccinated in Brooklyn and Andrew Wiggins is scrambling to opt out at Golden State, Big Apple general manager Scott Perry has announced that the organization, including players, coaches and staff, is fully vaccinated.

“I think a special mention should be made of our players, who took this very seriously and assumed responsibility for doing so. We are very proud of this fact and we are going to move forward ”, he says.

In this way, the Knicks strictly comply with the order that entered into force in New York on September 13, which establishes that anyone over 12 years old will not be able to enter covered venues within the city, including the Barclays Center and Madison Square Garden, as well as gyms or fitness centers, without providing proof of at least one dose of the COVID-19 vaccine, unless there is an approved medical or religious exemption for them not to.

You can also read:  The Pelicans agree to the transfer of Anthony Davis to the Lakers, according to media

Andrew Wiggins has tried to take advantage of the exemption on religious grounds, but has been denied by the NBA, so it doesn’t appear to be an outlet for players. In any case, it is something that the Knicks should not worry about once they have their entire roster vaccinated.

How much has the city mandate influenced the Knicks having their entire organization vaccinated? On this, Perry emphasizes that it is obvious that they are going to adhere to the rules, but in the same way he emphasizes that it is something that was already being handled internally before.

“All of this has been driven internally. Like I said, a lot of credit goes to our players and our medical staff. This is something that we have been working on all year long and again we are proud of our players for stepping up and doing their part in this. We are an organization that obviously will follow the laws and mandates of the leagues and the state government, but much of this has been promoted internally ”, he concludes. (NBA Maniacs)