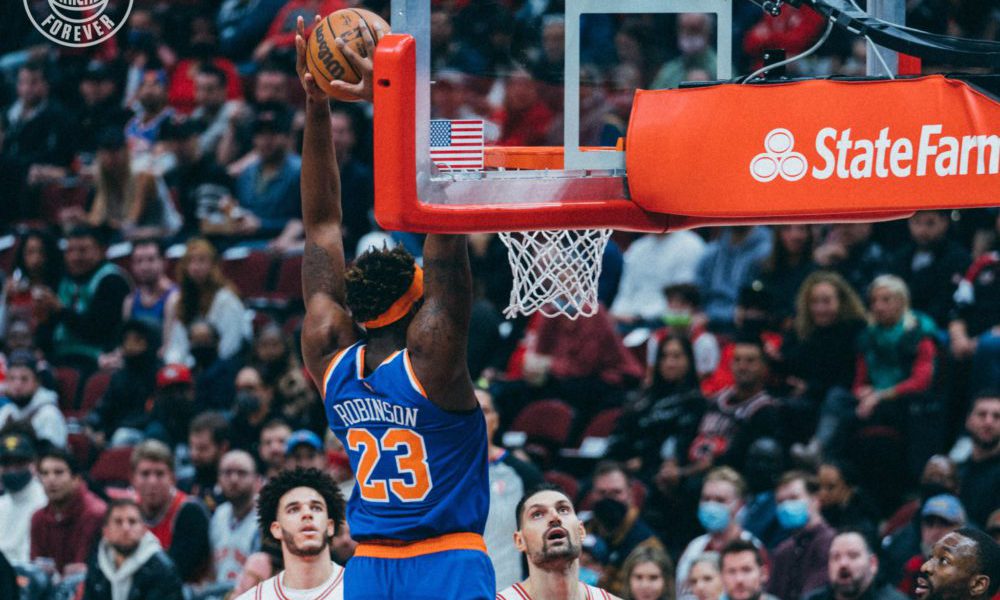 In a thrilling finale, the New York Knicks defeated the Chicago Bulls 104-103 on Thursday, the last team that remained undefeated in the NBA Eastern Conference.

With four wins and one loss, both teams are in an unexpected conference leading group alongside the Charlotte Hornets and Washington Wizards.

The only franchises that remain undefeated at the moment are the Golden State Warriors and the Utah Jazz, both in the West.

The Knicks took the win in Chicago with a spectacular 14-0 run to start the game.

The New York figure, Julius Randle, was not correct in the launch (3/11 in field goals) but touched the triple double with 13 points, 16 rebounds and 9 assists.

Along with him, veteran point guard Kemba Walker added 21 points and young guard RJ Barrett another 21.

For the Bulls, guard Zach Lavine finished with 25 points and Montenegrin center Nikola Vucevic with 22.

You can also read:  Warriors overwhelm Curry; suffered victories by Celtics and Cavaliers

The Knicks dominated by 13 points (104-91) with three minutes to go but the Bulls scored 10 points in a row to force a heart attack finish.

With a dunk, Lavine brought the Bulls closer to just one point (104-103) and the team enjoyed the last possession, with 4.8 seconds left, but veteran DeMar DeRozan missed a long distance shot and the Knicks celebrated.

– Embiid scores 30 with discomfort –
In another game of the day, the Philadelphia 76ers beat the Detroit Pistons 110-102 with 30 points and 18 rebounds from Joel Embiid.

The Cameroonian pivot was doubtful until the last minute due to his right knee discomfort, but finally coach Doc Rivers decided to recruit him despite the fact that the Pistons are the worst team in the East, with four losses in two games.

Embiid seemed to resent his physical problems after a dunk in the first quarter but gradually found his rhythm until he added his first double-double of the season.

You can also read:  James and Cavaliers deactivated Warriors with a great strategy

The Pistons did not allow a comfortable victory for the Sixers and, with a 13-0 run, they moved closer to 100-91 in the fourth quarter.

Embiid stayed on track, adding 31 minutes of play, until closing the game with a spectacular triple jumping back.

The Australian guard has not made his debut this season after he rebelled against the franchise requesting to be traded.

For the Pistons, young forward Saddiq Bey was the leading scorer with 19 points and 4 triples.

In Washington, the Wizards beat the Atlanta Hawks 122-111 confirming themselves as one of the fittest teams in the East.

The Wizards have four wins and one loss for a 3-2 record for the Hawks, who reached the West final last season.

Guard Bradley Beal played his best game of the season with 27 points, 8 rebounds and 8 assists, accompanied by center Montrezl Harrell with 25 points and 13 rebounds.

The Hawks suffered from a bad night on Trae Young’s pitch, which finished with 15 points (6/17) and 13 assists.

In other games, the Utah Jazz beat the Houston Rockets 122-91 with 16 points and 14 rebounds from Frenchman Rudy Gobert and the Dallas Mavericks got rid of the San Antonio Spurs 104-99 with 25 points from Luka Doncic of Slovenia. (AFP)

Results of Thursday’s day in the NBA: