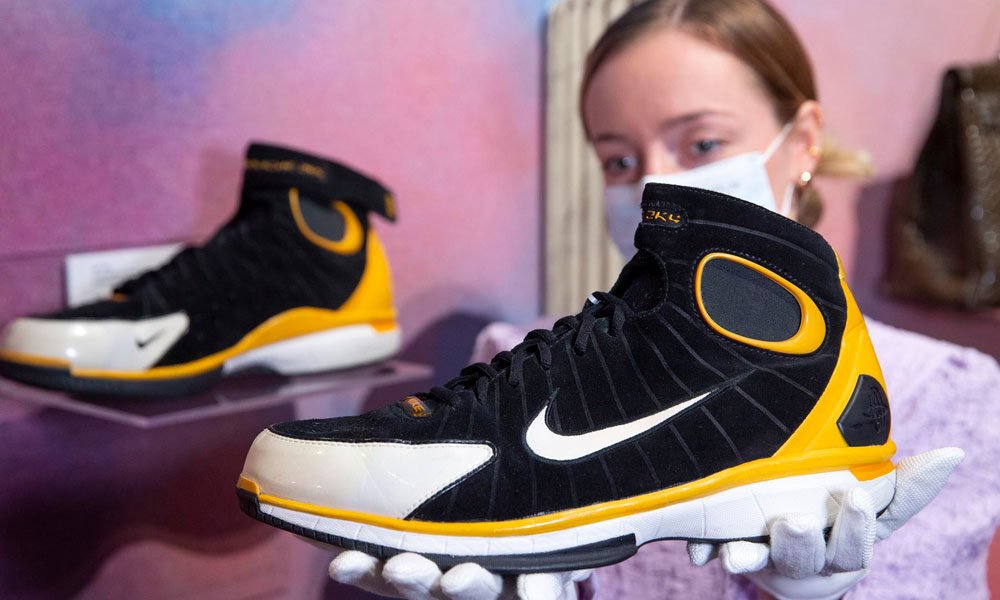 These Nike, designed by Eric Avar, were used by the legendary Los Angeles Lakers guard – who died last year in a helicopter accident – in his team’s 106-103 victory over the Los Angeles Clippers on March 17, 2004 in the STAPLES Center in Los Angeles, California, in an Los Angeles derby in which Kobe scored 27 points, 9 rebounds and 6 assists.

The value of these shoes had been estimated between 26,000 and 35,000 francs by the auction house Sothebys, in charge of the sale.

You can also read:  4 Japanese basketball players expelled for night of revelry

This piece retains great symbolic value for sports collectors. In his 20-year career, Kobe Bryant wrote an indelible legacy in basketball history. The ’24’ was a “one club man”, he only wore the gold and purple of the Lakers, with whom he won 5 NBA championships.

Nike walked hand in hand with Kobe for most of his career. The Lakers guard became one of the main brand ambassadors in terms of sales and positioning.

However, this was not always the case, as the American had started his professional career with Adidas, a brand that sponsored him from 1996 to 2003, the year in which the historic 18-year contract with Nike was signed. EFE

You can also read:  James Harden wins Player of the Week award again in the West

Also auctioned today was a pair of Nike Air Force 1 Jay-Z ’40 Sneakers for 2,520 francs (2,385 euros / $ 2,735), designed in commemoration of the American rapper and businessman, Jay-Z, to celebrate the first anniversary of his salon in New York City.