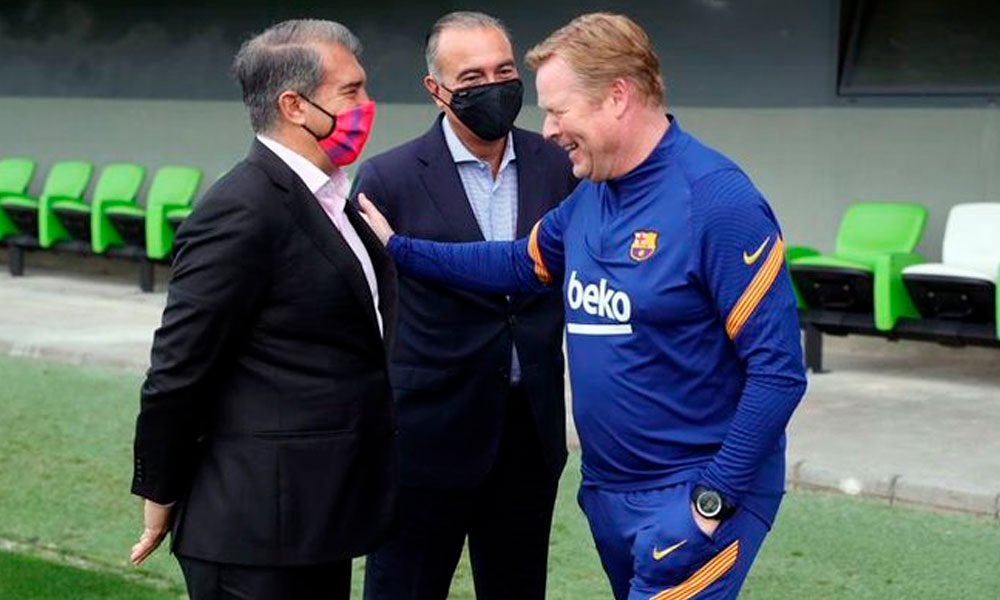 FC Barcelona president Joan Laporta affirmed that Ronald Koeman “will continue to be Barça coach” in the coming weeks, in a statement to the media in front of the Barcelona team’s concentration hotel in Madrid, before facing Atlético de Madrid in the league.

Ronald Koeman deserves a confidence margin today. Of course it will not be his last game because he will continue to be Barça coach, “Laporta declared.

“He is a Barcelona player, a reference within Barcelona, ​​he assumed the technical direction of the club at a time of maximum institutional and sporting difficulty, he demonstrated his courage,” he added.

While the Catalan press affirmed that this match corresponding to the 8th date of the League at the current champion’s stadium would be Koeman’s last at the helm of Barça, President Laporta publicly reinforced the Dutch coach.

You can also read:  Modric: «It is a pleasure to be at the World Cup»

“When he recovers the injured, he is convinced that we will compete better and we will also meet again with the game and with the victories,” said the president of Barcelona in front of the Eurostars Suites Mirasierra hotel.

In November, Barça will initially recover their forwards Ousmane Dembélé (operated on his right knee at the end of June), and Sergio Aguero (injury to the right calf). President Laporta’s words suggest that Koeman will continue to lead the team at least until the return of those injured. AFP (HN)