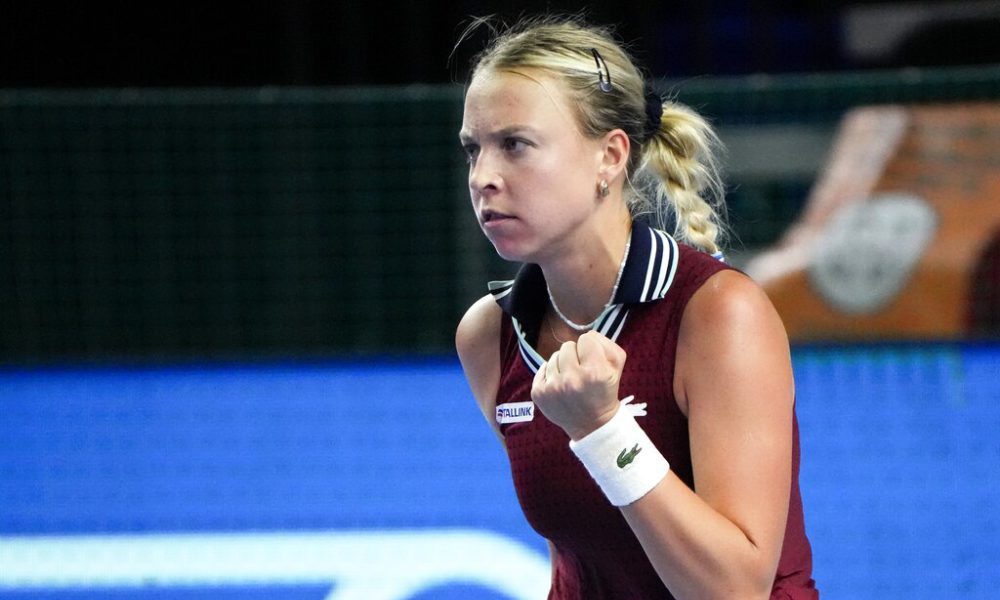 Anett Kontaveit rallied from the brink twice to defeat Ekaterina Alexandrova 4-6, 6-4, 7-5 on Sunday for the Kremlin Cup title, staying in the running for a place in the Finals of the WTA.

Estonia’s Kontaveit turned the second set around after being 4-0 down and also came from behind in the third set with a break in serve as Russia’s Alexandrova turned on serve for the victory with a 5-4 lead.

In Moscow at an invitation from the organizers, Kontaveit claimed his third title in as many months after winning the Cleveland Open in August and the Ostrava Open last month. On the women’s tour, world number one Ash Barty leads the title tally this year, with five. Barbora Krejcikova also has three.

Next week, Kontaveit or Tunisian Ons Jabeur will define the last place for the WTA Finals in Guadalajara, Mexico. Jabeur has the advantage in points, which means that Kontaveit would have to win the Transylvanian Open in Romania and trust that Jabeur does not reach the semifinals in Courmayeur, Italy. (AP)