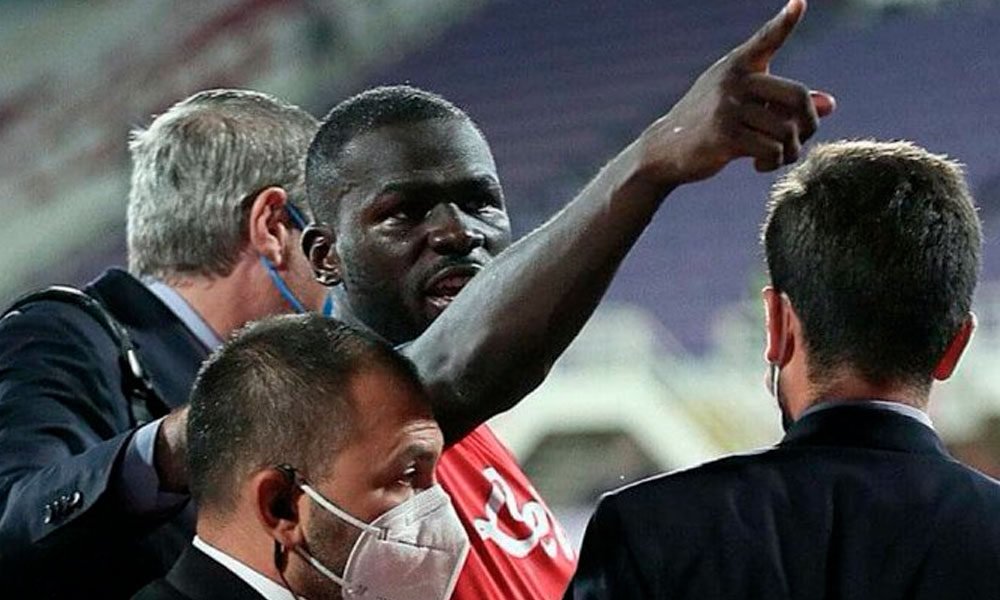 The Senegalese Kalidou Koulibaly, Napoli defender, said that a Fiorentina fan called him a “shit monkey” at the end of this Sunday’s match in Florence and demanded that he be banned from sports venues “for life.”

«’Shitty monkey’. They called me that. These people have nothing to do with sport. They must be located and banned from the stadiums forever, “Koulibaly wrote on his Twitter account, translating the racist insult also in French and English.

The Senegalese defender received the insult at the end of Florence’s match, which Napoli won 2-1, during an interview on the pitch and faced the fans, encouraging them to have the “courage” to say it to their faces. The fan, who was in the stands about twenty meters away, walked away.

You can also read:  Barcelona will present an appeal for the two games of sanction to Messi

The case has reached the table of the Italian Football Federation (FIGC), whose prosecutor’s office opened an investigation after registering the arbitration act and speaking with Koulibaly, reported the body that directs Italian football.

The Florence match ended in victory for Napoli, who lead the Italian Serie A standings with full points after seven games, ahead of Milan and Inter Milan.

It is not the first case of racism recorded this year in the Italian Serie A: in fact, three weeks ago, a Juventus fan directed racist insults to the French goal of Milan Mike Maignan during the league duel between Turinese and Milanese.

You can also read:  Liverpool continues with losses in defense

Juventus located the person responsible thanks to the cameras of the Allianz Stadium and prohibited him from accessing the sports venues for life. EFE (HN)