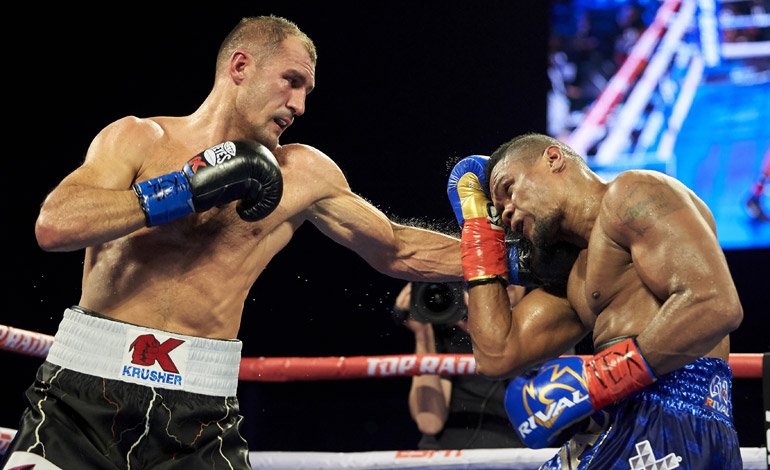 Sergey Kovalev made it into the seventh round without a hitch on Sunday on his way to regain the WBO light heavyweight champion belt that he lost to Colombian Eleider Alvarez six months ago.

The Russian left little room for doubt in the last round.

Kovalev controlled the pace of the bout all night, finishing with a flurry of punches in the 12th to win the rematch by unanimous decision.

The 35-year-old, who conceded the first three defeats of his career in his last five bouts, weathered a couple of bouts of fatigue like the ones he appeared to suffer in the loss that cost him the title in the 79-kilo (175-pound) division. pounds). In that fight with Alvarez in Atlantic City last summer, Kovalev led on all the charts until he was knocked down three times in the seventh.

In this fight, which began two minutes before midnight at a Dallas Cowboys stadium, he did not have as many problems.

“They kept me from overtraining,” Kovalev said of the group led by veteran coach Buddy McGirt. «I saved my energy and I am happy. We work the jab. Always my jab and my right hand ”.

According to the televised broadcast, Alvarez’s corner told him after the 10th round that he would need a knockout to retain the belt. But it was never close.

You can also read:  Verdejo anticipated "Puerto Rico Day" with a knockout of Martínez

“I have no excuse,” Álvarez said through a translator. “I knew he would be the favorite if he went to a decision. I don’t see myself as the loser tonight, but he won the match. “

In another of the fights of the day, Mexican Oscar Valdez retained his featherweight title with a 7th round TKO against Carmine Tommasone. AP