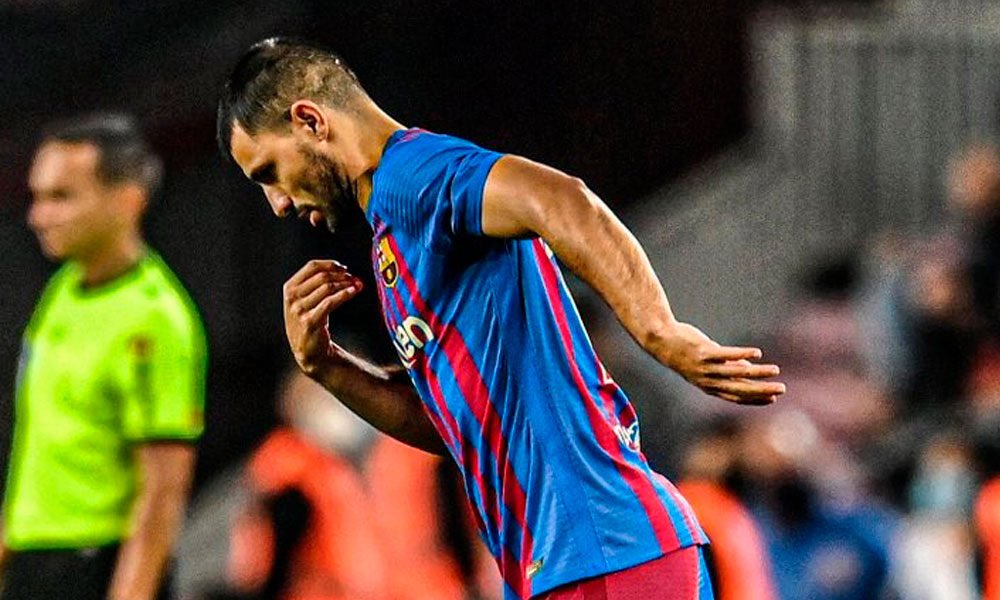 Argentine striker Sergio Agüero made his debut for Barcelona in the 86th minute of the league match against Valencia after overcoming his tendon injury in the inner calf of his right leg and 139 days after his signing for the Barça club was made official.

Agüero received the first applause from the Camp Nou when he went out to warm up in the 60th minute, but did not enter the field replacing Sergiño Dest until Philippe Coutinho ruled the match at 3-1.

The Argentine striker, who came to Barça free after ending his contract with Manchester City, was presented at the Camp Nou on May 31 and then his arrival was interpreted as a nod from President Joan Laporta to Leo Messi, with whom he shares a great friendship.

You can also read:  Villarreal returns to training

Precisely, Agüero’s injury, who won the Copa América this summer, came at the beginning of August, days after Messi’s farewell from the Barça club was made official, and he could no longer participate in the presentation of the squad at the Joan Trophy. Gamper.

With the return of the Argentine to the pitch, Ronald Koeman recovers another cash in the attacking zone after the return of Ansu Fati and Philippe Coutinho. The next to do so should be Ousmane Dembélé, who is facing the final stretch of recovering from his injury.

At 33, Agüero intends to increase the spectacular scoring figures he accumulates in the Spanish League from his time at Atlético de Madrid. In 175 games, he scored 74 goals and gave 29 assists. EFE (HN)