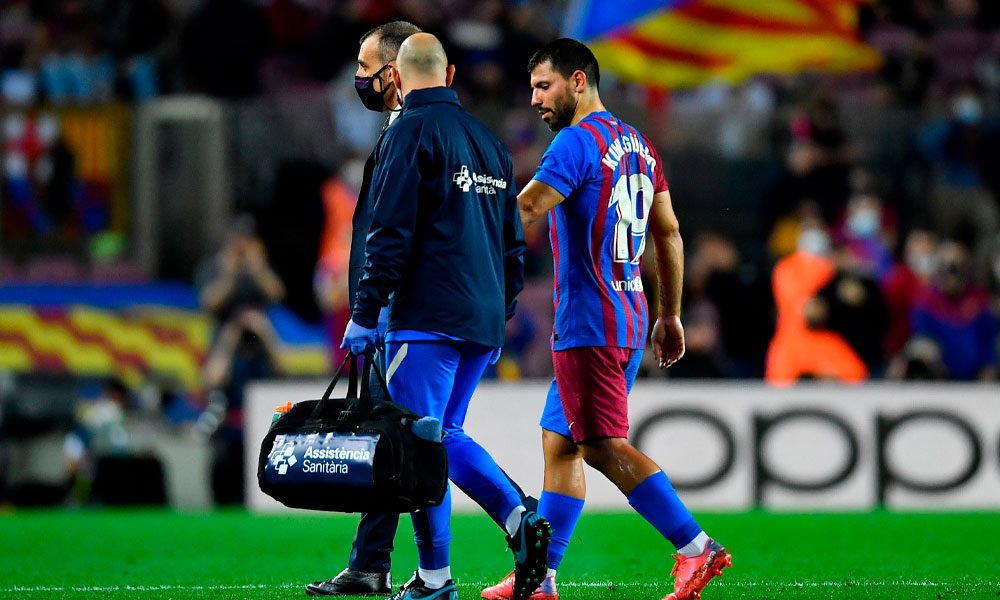 Barcelona striker Sergio Agüero was taken to hospital to undergo a cardiology study after suffering chest discomfort in the first half of the game against Alavés, according to the club.

This mishap forced him to be substituted and the interim coach Sergi Barjuan explained at a press conference that the player himself told him that he was dizzy.

On the other hand, center-back Gerard Piqué suffered an overload in the soleus of his right leg and is awaiting further tests to determine the exact extent of the injury.

The two players are doubtful for the Champions League game that Barça will play against Dinamo Kiev on Tuesday. EFE (HN)

You can also read:  Iker Casillas returns to Real Madrid with a position at the Foundation