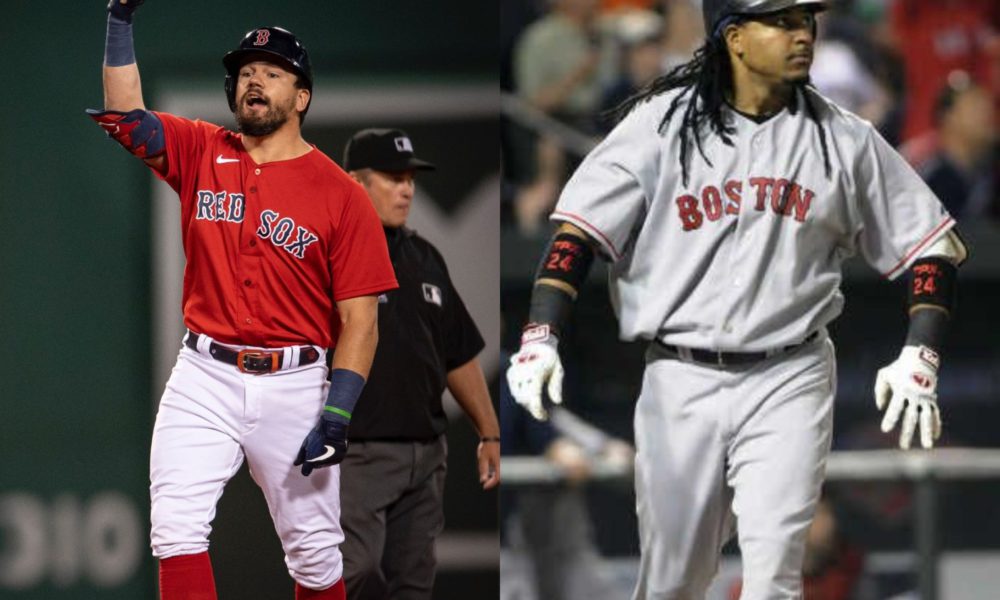 Boston Red Sox player Kyle Schwarber is still in good shape in the 2021 Major League Baseball season, so much so that he left behind a record of the legendary Manny Ramírez in his days with this organization.
Without a doubt, the Red Sox organization was right with the acquisition via exchange from the Chicago Cubs of Kyle Schwarber, who has not stopped performing with the wood since his arrival and it is so much that he managed to overcome a mark of a legendary of the Major League Baseball and this team as was the Dominican Manny Ramírez.
Schwarber, who offensively is having what could undoubtedly be his best season in MLB, is showing with the Boston organization that his arrival was a total success, since his initial performance with the Washington Nationals led him to the League. American.
In just 18 games with this team, this great baseball player who today defends the Red Sox has had such good numbers that he surpassed a record set by Manny Ramírez in the beginning with it, this being in terms of bases reached.
Kyle Schwarber has reached base 39 times with the Red Sox in his first games, the most by a player in his first 18 games in this uniform, topping Manny Ramirez’s 32 in the 2001 Major League Baseball season.
This, Schwarber surpassed him this Friday in the Red Sox vs Indians game at Fenway Park, the day in which he went 5-2, with a home run (fourth since his arrival) and a double, driving in three runs in the victory of your 8-5 team.
Undoubtedly, the management of the “robins” was right and smiles when seeing the performance of this baseball player, that if we go to a comparison with his always rival in the MLB, the Yankees, he is having a better present than Anthony Rizzo and Joey Gallo, two pieces that arrived like him, via change in the current 2021 season.
In addition, being on the Red Sox record books with a great like Manny Ramírez should be something completely proud, since the Dominican in his time was a fearsome hitter who, for many, deserves to be in the Hall of Fame.

How much does Schwarber hit with Boston?

Kyle Schwarber has taken a total of 63 at-bats in this uniform, where he has a total of 22 hits, 15 walks, five doubles, four homers, eight RBIs and 14 runs scored, summing this up in an offensive line of .349 / .474 /1,093, numbers that undoubtedly show great production and success on the part of the Boston management. (Fielding)