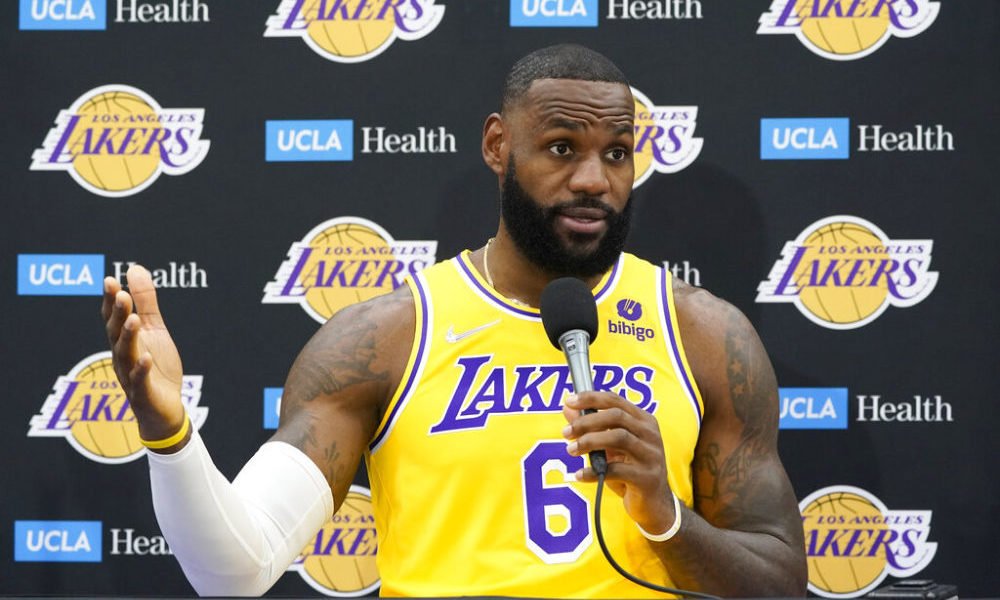 LeBron James has heard the basketball world talk about the Los Angeles Lakers being very old. And those comments make him laugh — literally and figuratively.

“Some of the images and jokes have been very funny,” James acknowledged with a smile on Tuesday.

At 36, James will be with several generationmates when his 19th season begins. Nine of the 14 players are over 32, including eight of 11 newcomers — Anthony Davis is 28.

Depending on last minute changes, the Lakers roster will average 31 years, two more than any other NBA roster.

But instead of focusing on the fact that most were born in the 1980s, James believes that people should talk about their ability, experience and physical condition. Russell Westbrook, Carmelo Anthony and the rest of the veteran team joining James and Davis are confident they can prove that age does not diminish their talents.

You can also read:  James overtakes Chamberlain as scorer on bad day for Raptors and Bucks

“We went out and put in the time and work,” James said. “We make our own history. It is one thing that we know who we are. We have a group of guys who have been in the league for a while and who understand it and know how to win ”.

The rest of his classmates react in the same way to the age question.

“It’s not something we take into account, it’s someone else’s narrative,” Anthony said.

The Lakers met Tuesday at the training complex for press day, three weeks before their first regular-season game against Golden State at the Staples Center.

You can also read:  Stephen Curry will remain inactive with Warriors

Only three players return who were with the team last season. In these circumstances, the Lakers have realized that they have work to do and have already begun to meet, with a trip to Las Vegas.

Davis’ absence has been devastating for the Lakers the past two seasons and the center hopes to be more durable this year.

“I didn’t feel comfortable missing so many games,” admitted Davis. “Not being able to play 100% in the postseason against Phoenix, that didn’t sit well with me. I made the emphasis on taking care of my body and recovering my physique to the state it was in my first year ”. (AP)

You can also read:  Clippers qualify for the Playoffs and Warriors are close to 73 wins