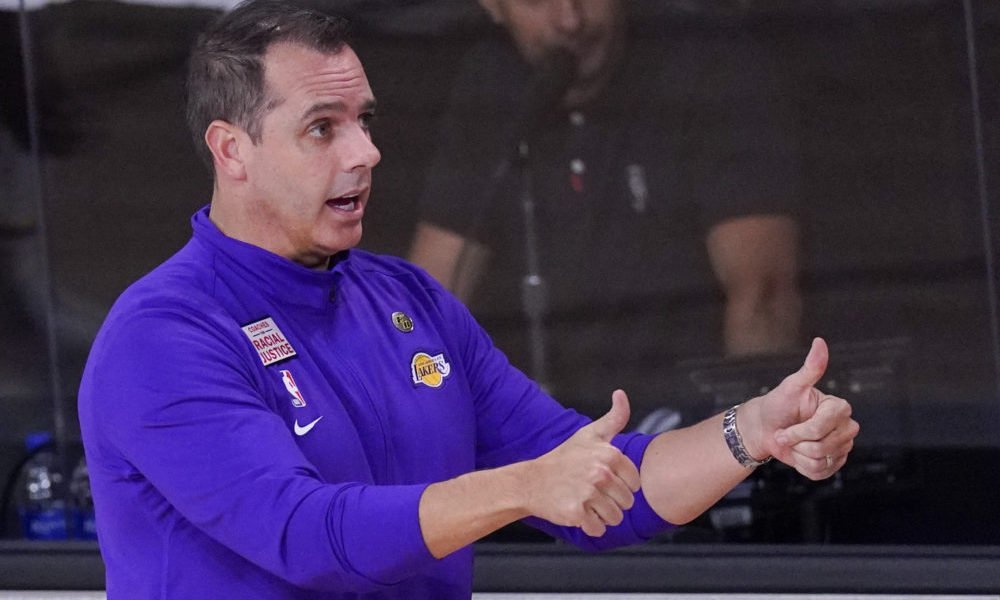 What seemed like an agreement that motivated the confidence that the Los Angeles Lakers had in their coach Frank Vogel (renewal announced on August 7), seems to have a deeper history than it has been sold from the first moment.

The latest NBA rumors speak of a possible loss of confidence by the Lakers themselves in Vogel himself. This is how Marc Stein tells it. Apparently, the coaches of the North American Basketball League believe that the renewal has been for a single season.

Everything is given by the lack of information that the Los Angeles Lakers gave when they announced the renewal agreement with Frank Vogel. No figures or years of contract were given. It is this lack of clarity on the matter that has led to suspicion of the aforementioned NBA coaches.

You can also read:  Irving describes as "incredible" to play an NBA game in London

The truth is that the Lakers have had a busy summer when it comes to their coaching staff. Jason Kidd’s departure to the Dallas Mavericks forced the franchise to search for a replacement who was found in David Fizdale. With a different coaching staff, the team also didn’t want to risk renewing Vogel for several years if things don’t work out in the future.

Beyond rumors, reality places Frank Vogel’s Los Angeles Lakers as one of the two favorites, along with Brooklyn Nets, to win the championship ring this next season. Anything other than reaching the NBA Finals would be a failure for those in purple and gold. (Blogdebasquet.com)

You can also read:  Scola leaves the NBA after 10 years and 5 clubs to continue his career in China