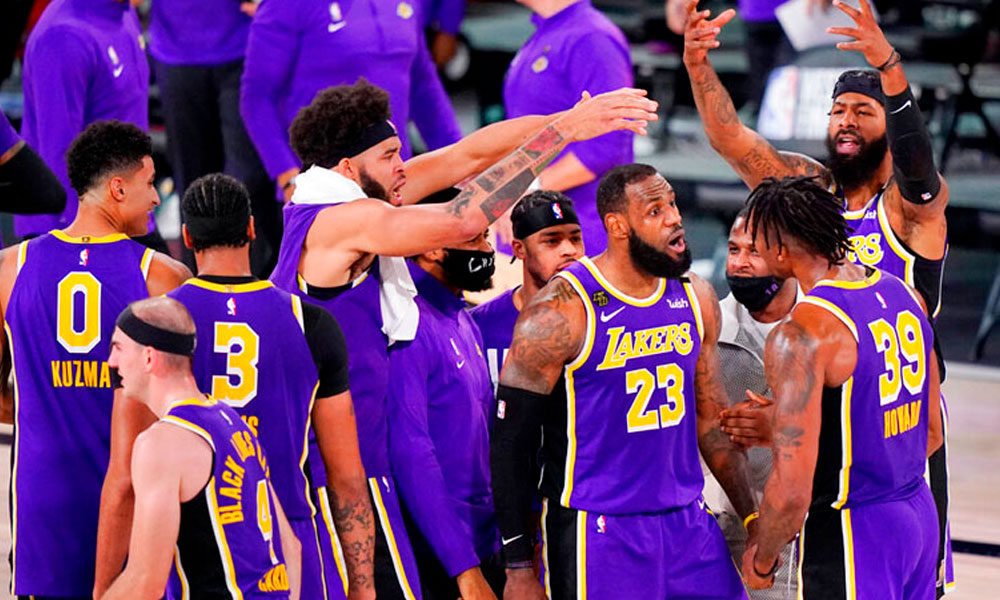 It could be a team like no other. The Los Angeles Lakers have four of the seven best scorers still active in the NBA: LaBron James, Russell Westbrook, Carmelo Anthony and Dwight Howard. They also have three of the top four in rebounding: Howard, DeAndre Jordan and James.

They could even have five Olympic Games gold medalists on the court together.

The talent is impressive. LeBron James leads the way, with half a dozen players who could be inducted into the Hall of Fame.

Under those circumstances, it’s easy to understand why the Lakers are the team that could represent the West in the NBA Finals this season.

“I’m excited about what’s to come this year for us,” acknowledged James. “But every day is a process. The important thing is to enjoy the road and simply do the work ”.

You can also read:  Raptors and Spurs win again and Lillard scores 42 points

Here is the forecast for the conference:

DIRECT TO THE PLAYOFFS

2. Suns – Chris Paul, Devin Booker and Deandre Ayton made it all work last season, but they won’t surprise anyone this year. Coach Monty Williams pushed all the right buttons last season.

3. Jazz – Donovan Mitchell’s ankle was key for the Jazz to lose. He’s ready and alongside Rudy Gobert and Joe Ingles there’s no reason to think they can’t fight for the title.

4. Nuggets – Michael Malone remains an underrated coach. Reigning MVP Nikola Jokic is very good, Jamal Murray will be back and the Denver defense will help them every night.

5. Warriors – Stephen Curry played last year to be the MVP. The return of Klay Thompson will give the team a boost, as well as the return of Andre Iguodala for one final season.

6. Mavericks – Luka Doncic keeps improving. New coach Jason Kidd is sure to have the team scoring a lot of points.

TO THE MINI TOUR

7. Clippers. The team will likely do enough to stay in the fight and possibly have Kahwi Leonard back at some point, recovering from knee surgery.

8. Trail Blazers – Damian Lillard continues to be one of the best leaders and scorers in the league and is sure to benefit from his return after winning Olympic gold in Tokyo.

9. Spurs – The easiest thing for Gregg Popovich would have been to win Olympic gold, retire and enjoy drinking wine for the rest of his life. There is a reason he came back.

You can also read:  Nine years later a Chinese player will be in the NBA draft

10. Grizzlies – Steve Adams teaming up with Ja Morant will lead to automatic baskets. Morant is on his way to becoming an elite player, but the team is still very young.

11. Pelicans – Zion Williamson is the key. If it looks great, New Orleans could climb higher.

12. Timberwolves – This is the fate of the team, unless it wins the bid in the trade that would acquire Ben Simmons.

14. Rockets – Jalen Green will look to have big numbers and will compete to be one of the best rookies.

15- Thunder – At some point the basketball world will know what so many draft picks were for. AP (HN)