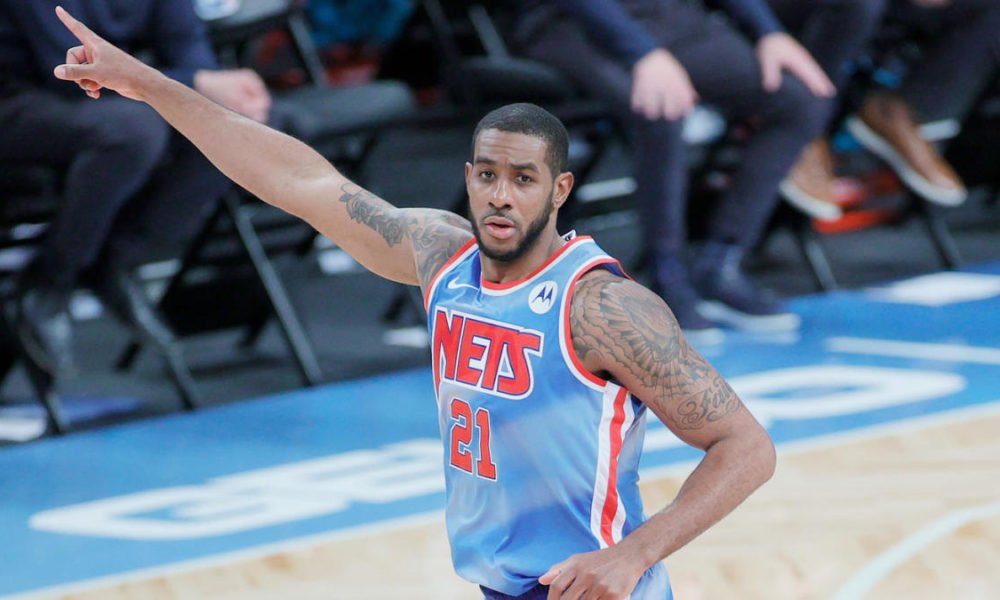 After retiring with worries of the heart five months ago, seven-time All-Star forward LaMarcus Aldridge will return to the Brooklyn Nets with a one-year, $ 2.6 million contract, his agent, Jeff Schwartz of Excel Sports, told ESPN.
Aldridge, 36, received medical clearance from several doctors, including independents and Nets affiliates, to return for his 16th season, Schwartz told ESPN.
“I retired in April based on what I believed was the wisest precautionary decision for my personal health at the time, but further tests and evaluations by several leading physicians have convinced the physicians, myself, and the Nets that I am fully authorized and in a position to return to the rigors of the NBA, “Aldridge told ESPN in a statement. “I loved my short time with Brooklyn and am excited to rejoin the team in search of a championship.”
The Nets have a deep rotation of former All-Star frontcourt players, including Aldridge, Blake Griffin and Paul Millsap.
ESPN reported Aug. 4 that Aldridge was considering a comeback, and their conversations about a comeback focused primarily on the Nets. Aldridge played five games for Brooklyn last season after agreeing to terminate his contract with the San Antonio Spurs.
Aldridge experienced an irregular heartbeat during a game against the Los Angeles Lakers in April, and that soon led to the decision to announce his retirement.
“For 15 years I have put basketball first,” Aldridge wrote on Twitter at the time. “And now, it’s time to put my health and my family first.”
Aldridge signed with the Nets on March 28 after agreeing to a purchase with the Spurs, with whom he had spent the past five and a half seasons. He played the first nine years of his career with the Portland Trail Blazers.
He has averaged 19.4 points, 8.2 rebounds and 2.0 assists per game in his career. (ESPNDEPORTES)

You can also read:  Hawks eliminate Celtics and will play semifinals against Cavaliers