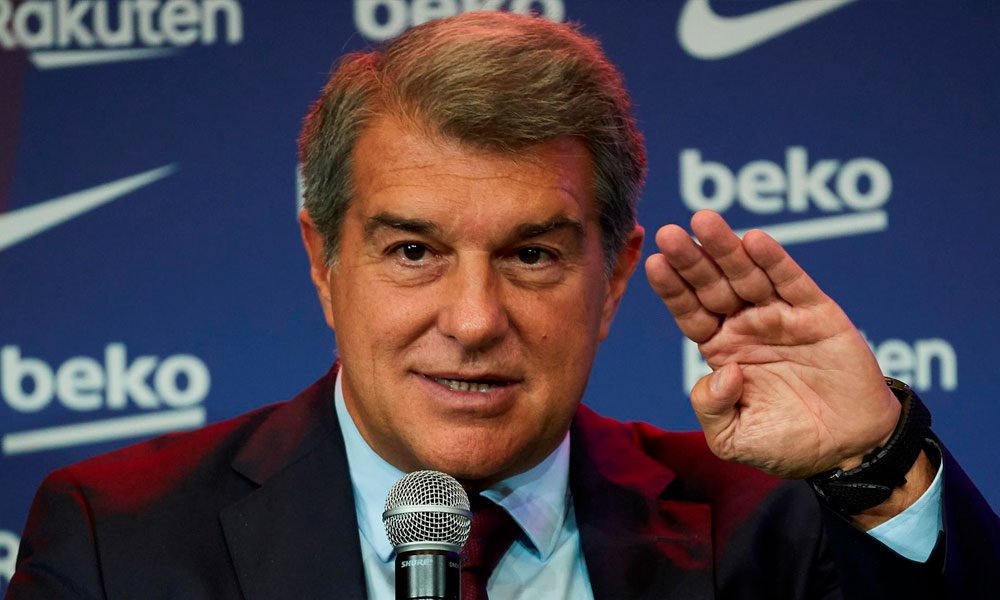 Joan Laporta, president of FC Barcelona, ​​said during his visit to the town hall of Marín (Pontevedra), that the club works so that “another player” of the team wins “the golden ball” after the departure of Argentine Leo Messi and did not want to confirm the arrival of Xavi Hernández to the Catalan bench.

“We have talent and youth, and in the team we have a Galician like Nico González who I think will mark an era. At the club, we are working so that another Barça player wins the golden ball ”, declared the Barça president during his speech.

He noted that there are “many ties” between Barça and Galicia, and recalled the figure of the composer José Antonio Lodeiro Piñeiroa, author of the first anthem of the Catalan club in 1910.

You can also read:  Return of fans to English stadiums approved

“I speak on behalf of a club that has more than 120 years of history, that knows no borders and that has the vocation to project itself abroad. We love to see how people come to the club to become part of the Barcelona family ”, he said.

“It is not easy to practice Barcelona hundreds of kilometers away from the Camp Nou, and it is to be admired. We are in a moment of certain difficulty due to the pandemic, and Barça in moments of always difficulty is always there ”, added Laporta, to whom the mayor of Marín, María Ramallo, gave a figure of the Virgen del Carmen de Sargadelos.

You can also read:  Manchester City will lose "Kun" Aguero for a month

Laporta, who had previously visited the Barcelona club Marín, where he allowed himself to be photographed by the fans of the Catalans, had planned to close his day with a dinner with the supporters.

Despite the insistence of journalists, the president did not want to confirm the arrival of Xavi Hernández. (HN)