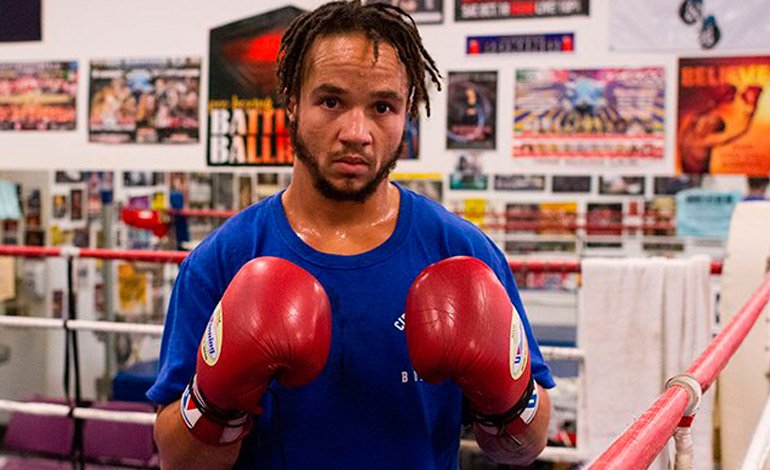 Before hearing the decision of the judges in his first fight as a professional, Latino Pat Manuel can be declared the winner.

By stepping into the ring this fall, the young man could become the first transgender boxer to compete both as a woman and as a man.

“The next step for me as a male boxer is to become a professional no matter how difficult it may seem. I have never been someone who runs to a challenge “, explained in an interview with Efe Pat Manuel.

Although the 32-year-old Hispanic began to face challenges at a very young age, it was the boxing the one who gave him the strength to choose and win the battles he had to fight.

The boxer remembers that it all began 16 years ago when his maternal grandmother gave him gloves for Christmas. At that time, Pat’s name was Patricia and she still didn’t know she was transgender.

However, the sport of “flat noses” offered him something that nothing or no one had given him: “It was definitely a liberation, it made me feel confident in my body and capable of myself.”

You can also read:  Former world champion Barrera profiles Morales and Márquez for Hall of Fame

Soon the young man of Latino and African-American descent became engaged as a woman in a sport that remains masculine and that keeps women in the background.

Pat Manuel’s first challenge would be to prove that she was a good boxer and that she deserved to be on the United States Women’s Olympic Team.

Under the direction of trainer Roberto Luna, who had already led three female boxers to the Olympics, Pat Manuel began preparing to achieve his dream.

But while in the ring the boxer fought a fight, the human being fought another ’round’ within herself, looking for her true identity. In both confrontations he declared himself the winner.

Her career as a female boxer was frustrated in 2012 when in the middle of the Olympic trials she had to withdraw with a shoulder injury, which was Pat Manuel’s last fight as a woman.

“My decision to make the medical transition and to continue boxing were made at the same time. I don’t think I can see myself as a man without being a boxer, they are both connected, ”he insists.

You can also read:  Mexican boxer 'Canelo' Álvarez will not fight in September

In September 2013, the Hispanic began with hormone replacement therapy, and a year and a half later he underwent surgery to complement the transformation.

For Daniel Sánchez, one of Pat Manuel’s current trainers at the Club de Boxing from Duarte (California), the skills of a good fighter are innate in this young man.

His dexterity, speed and dedication make him a well-rounded athlete.

«As a woman she was always very good. Now as a man, he has more value, ”he explains. “If you have to push him a little more to work hard, if you have to give him one more round, two more rounds, he does it” he adds.

The process has not been easy and, although he had the support of his mother and his maternal grandmother, others turned their backs on him and did not want to be in his corner.

“He had a lot of difficulties in other gyms, they didn’t want to work with him,” Sánchez recalls.

When the Latino is asked about this rejection, he answers that it is like being in a ring, the more attacks, the more courage there is to win the fight.

The perseverance to win this fight and pave the way for others has paid off, Pat Manuel was able to obtain his license to fight as a man, after the International Olympic Committee (IOC) changed its rules last year and determined that transgender athletes have the right to to compete.

Despite the experience left by more than 60 fights as a woman, with a balance of 49 wins and 14 losses, Pat Manuel has had to work on many things, as his body has changed, he has matured, his bones have grown bigger and his muscle mass increased.

“In fact I changed so much physically that I had to relearn my style and my center of gravity,” he explains about the challenges of his first fight, for which his opponent has not yet been set.

But as usual, Pat Manuel showed that there is nothing to stop him. In the fall, he will jump into the ring as a professional with only one goal, to win. EFE