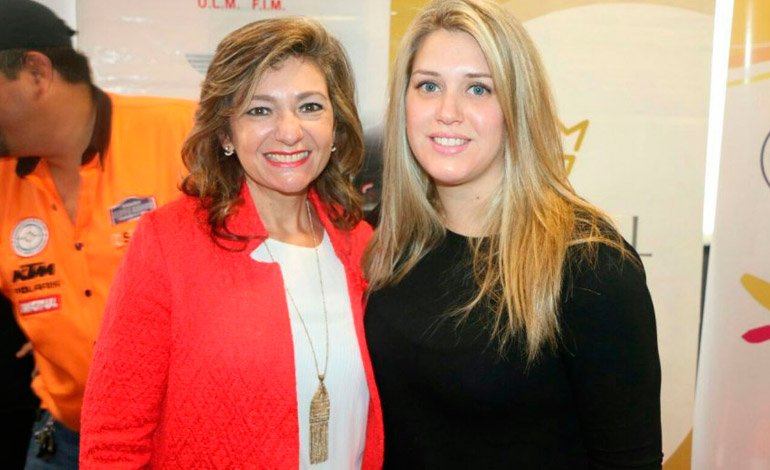 The rally Desafío Guaraní 2017 will start on July 21 in Asunción, in an edition with a distance of about 1,500 kilometers and in which a Paraguayan woman will take part for the first time, the organizers of the event announced today.

The lawyer Adriana Zacarías will run the test at the wheel of a Toyota, in the truck category, and with Argentine Sergio Rusconi as co-driver.

Zacarías assured today during the presentation of the rally that his “main goal is to reach the end of the race.”

“It is quite difficult, but it can be done,” said the pilot, who hopes that her example will encourage more women in future editions.

The first stage of Desafío Guaraní will begin on Friday, July 21 in Asunción and will conclude in Coronel Oviedo, with a total distance of 530 kilometers.

The president of the Central Association of All Terrain Motor Sports (Acdmtt), José Curí, described this stage as “very beautiful”, for its “fauna and flora” and for its “variety of terrain.”

The second stage will begin and end with Coronel Oviedo, with 530-kilometer routes that will pass through Caaguazú and Canindeyú.

The Challenge will conclude on Sunday July 23 with the end of the third stage, which will link Coronel Oviedo with Paraguarí, after traveling some 250 kilometers.

This third stage will not leave the participants “room to relax”, as it will be “tough from beginning to end,” according to Curí.

The Guaraní Challenge will cross more than 20 cities in the departments of Paraguarí, Caaguazú, Guairá, Caazapá and Canindeyú.

You can also read:  Ferrari and Mercedes dominated in practice

For his part, Hugo Mersán, president of the Paraguayan Touring and Automobile Club, said that the rally “He is the best ambassador” of Paraguay and highlighted the “high level of competition” that foreign participants will face.

So far, about 60 teams have registered, although registrations will remain open until July 14.

José Curí confirmed to Efe the registration of the Argentine team Minor Rally Team, of the Bolivian pilot Marcelo Salazar and the Chilean Patricio Cabrero, these in the motorcycle category.

Among the Paraguayan participants, Nelson Sanabria and Blas Zapag stand out.

During the presentation gala, the Paraguayan Minister of Sports, Víctor Pecci, highlighted that the rally “It is a deeply rooted discipline in Paraguay” and he congratulated the participants for “their effort and much sacrifice.”

You can also read:  Pelé celebrates Hamilton's "wonderful performance" at the Brazilian GP

For Pecci, it will be “three days in which motorsport will be celebrating.”

The activities prior to the start of the rally They will begin on July 19 with the administrative and technical checks at the Víctor Rubén Dumot Racetrack and will continue on Thursday in the same place with the qualifying prologue.