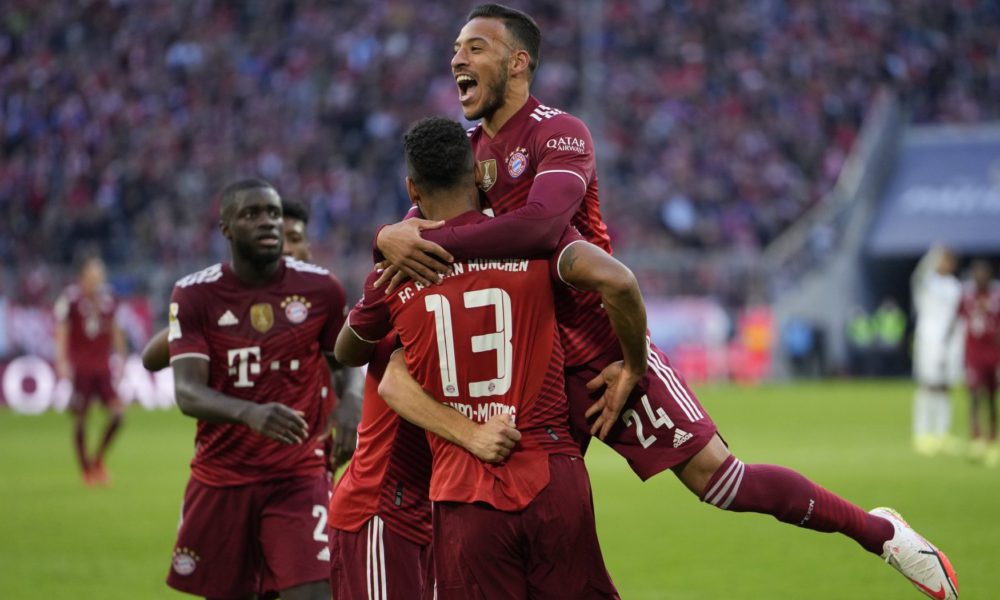 Bayern Munich maintained the lead in the Bundesliga thanks to their 4-0 home win against Hoffenheim (10th), this Saturday on matchday 9 of the German championship, in which Borussia Dortmund (2nd) were able to follow a point by beating 3 to 1 in his visit to Arminia Bielefeld (17th).

Everything therefore remains the same in the pulse at the top of the table in the German league and Bayern did not accuse the absence of its coach Julian Nagelsmann from the stadium, who this week tested positive for covid-19 and is in isolation.

Since this month’s hiatus for national team matches, Bayern have had three consecutive wins. Last weekend they had beaten 5 to 1 in Leverkusen in the previous Bundesliga round and on Wednesday they beat Benfica 4 to 0 in Lisbon, on the third round of their Champions League group.

You can also read:  Brazilian press criticizes the "absurd and lackluster end" of Libertadores

Serge Gnabry, who had been ruled out somewhat at 8, opened the scoring at the Munich stadium, at 16, with a low blow after receiving from Jamal Musiala. The Polish Robert Lewandowski, assisted by Thomas Müller, put the second of the German champion in 30, from outside the area.

Already in the final stretch, Bayern sentenced with goals from the German-Cameroonian Eric-Maxim Choupo-Moting (82) and the Frenchman Kingsley Coman (87), in both cases from also French Dayot Upamecano.

Lewandowski added his 10th goal in this Bundesliga and remains at the top of the top scorers table, now with a lead over the Norwegian Erling Haaland (Borussia Dortmund), currently injured.

You can also read:  The fans who invaded Nice-Marseille risk 3 years in prison

Despite this sensitive loss, Dortmund fulfilled in Bielefeld and won 3 to 1.

Emre Can (31 from a penalty), Mats Hummels (45) and Jude Bellingham (72) overtook the yellow team and in 87 Fabian Klos signed the honor goal, from a penalty, for an Arminia who is penultimate, in relegation position. (AFP)