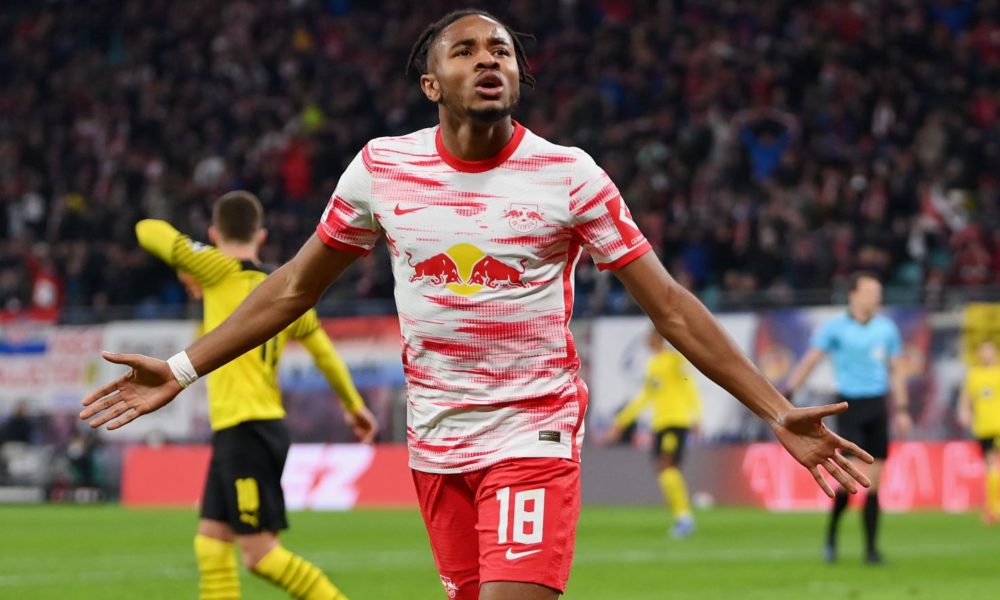 Leipzig reached the 18-point line after beating Borussia Dortmund 2-1, for the 11th date of the Bundesliga in Germany, and at the Red Bull Arena. With the defeat, Marco Rose’s painting lost ground in its intention to hunt down Bayern Munich.

And it is that the energy drink box began the commitment with the faithful idea of ​​adding three to its people, and indeed it succeeded. It was an inspired Christopher Nkunku, the man who created the most danger on the goal defended by the Swiss goalkeeper Gregor Kobel.

At 29 minutes, precisely, the French attacker did not get nervous to define in front of the goalkeeper, and taking him out of the way he defined diagonal to the goal to open the account before the massive presence of spectators on the sports scene. 1-0. Everything was joy in Leipzig.

You can also read:  Cristiano Ronaldo moved to Manchester because a curious sound kept him from sleeping

It was a puzzled Borussia Dortmund who saw how the local team handled the ball at will, even after half an hour of the match Marco Reus, Axel Witsel and Víctor Bellingham, saw the yellow card for strong fouls on their rivals.

Already for the second half the visit came out with a slightly more offensive disposition, that is why in that way the goal arrived that equalized the charges in the duel. Belgian right-back, Thomas Meunier, went on the attack, that’s when he sent a deep ball for Reus, who with total solvency defined the goalkeeper’s near post.

The score in favor did not seem to give Dortmund a lot of energy, as the locals gained strength and, again, were a devastating machine. In the 68th minute of the game, Nkunku assisted the Danish Yusuf Poulsen, who evaded the goalkeeper and sent the ball to the back of the net to make it 2-1 final.

You can also read:  San Paolo Stadium will be called Diego Armando Maradona

With the 3 points in his pocket, Leipzig reached 18 points, and partially ranks fifth on the general table of positions in German football. For its part, Borussia Dortmund was left with 24 integers and now they are four units away from Bayern Munich. (Bolavip)