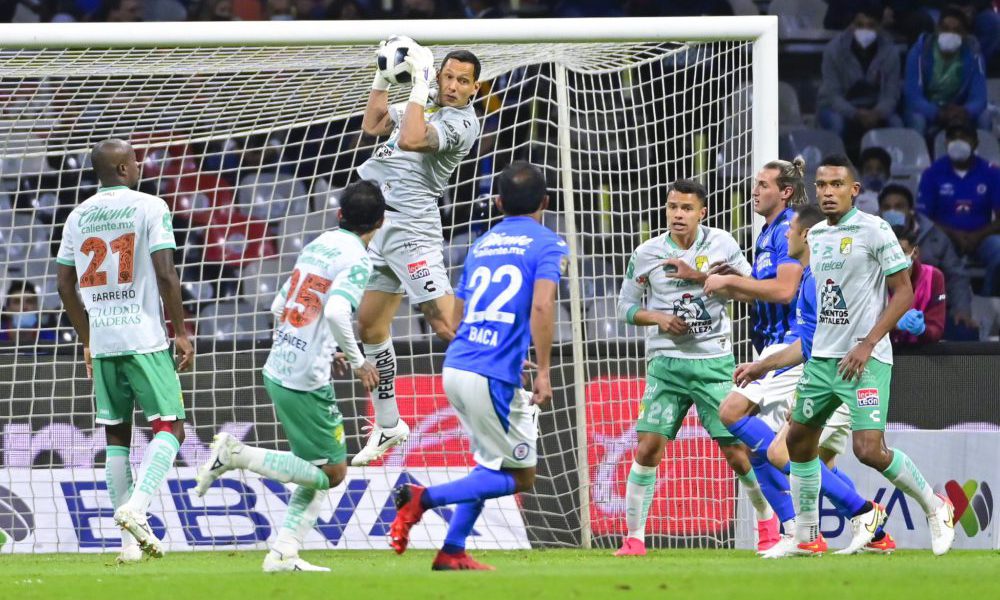 Ignacio Rivero scored in his own goal on Wednesday and León defeated champion Cruz Azul 1-0 to enter the direct qualification zone for the Apertura tournament in Mexico.

The Uruguayan defender tried to reject a header from Colombian Omar Fernández and with his left leg he hit the ball to his goal in the 31st minute.

Thanks to that blunder, the Fiera won for the second time in their last three matches. Now he has 26 points, with which he is placed in third position, when there is only one date left in the regular tournament calendar.

León controls his destiny heading into the quarterfinals and needs to beat Necaxa on Saturday to finish in the top four no matter what happens on the rest of the date.

You can also read:  Piqué suffers an elongation in the left calf

In Mexico, the first four teams advance directly to the quarterfinals and the next eight meet in a reclassification to complete the first round of the league.

Cruz Azul saw a chain of seven games broken without defeats and remains with 23 units, in the sixth step.

The Machine still aspires to get into the direct league, but it requires beating Pumas on Sunday and waiting for Toluca to draw or lose with Puebla on Friday night.

The meeting between León and Cruz Azul had been pending since the eleventh date.

The play of the only goal originated when the Chilean Víctor Dávila sent a pass to the left wing, where Fernández retracted with his head and Rivero slipped to clear.

You can also read:  Real Madrid denies that it wanted to leave LaLiga for the Premier League

Instead he hit the ball with his left leg to knock out goalkeeper José de Jesús Corona.

At 88 minutes, the match came to a halt when the homophobic cry arose in the stands that has cost Mexico several punishments by FIFA, including a recent one that will prevent it from playing with spectators its next two games of the World Cup qualifying round.

Pachuca wasted his local status and shared points by drawing 0-0 with Atlético de San Luis in a match between two teams with serious aspirations to reach the playoffs.

The Tuzos extended their winless streak to five. With 18 points they are placed in 14th position with only one date remaining on the regular calendar.

You can also read:  Atlas beat Pachuca at the close of the Mexican soccer day

To access the final phase, Pachuca needs to beat Tijuana on the last date and wait for combinations of results.

San Luis accumulates six games without victory and has a harvest of 19 points that place it in 13th position with the same harvest as Chivas, who for now owns the last place in the play-off.

To advance to reclassification, the Atlético de Madrid branch in Mexico needs to beat Santos on the last date and hope that Chivas draws or loses with Mazatlán.

The match was pending for the fifth date of the Opening. (AP)