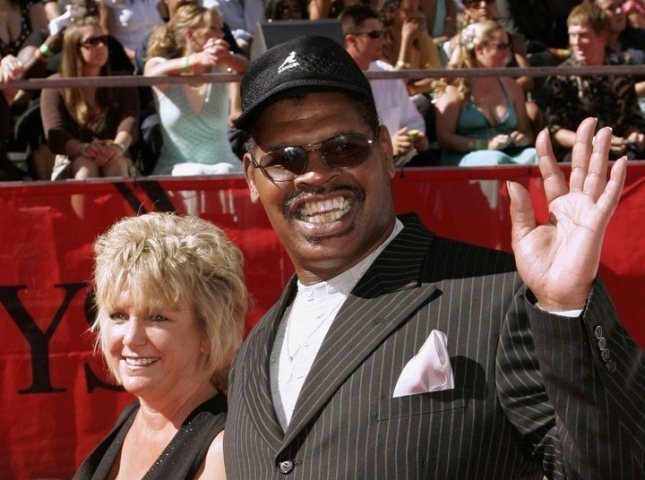 Until February 15, 1978, he was unknown. But that day Leon Spinks achieved immortality by beating Muhammad Ali for the World Boxing Council (WBC) heavyweight title. It was for points and in the decline of the legendary boxer, but that did not detract from his milestone. Almost 43 years later, on February 5, he died after various complications with his health at the age of 67.

It was on Friday, but it was only today that Firm PR, the public relations company that represented him, reported his death to Spinks, who had suffered from prostate cancer and other tumors for five years. He died with his wife Brenda Glur Spinks by his side, the aforementioned firm detailed. His family announced in December 2019 that he had been hospitalized for treatment for prostate cancer that had spread to the bladder.

The former boxer was born in San Luis on July 11, 1953 and was a Marine from 1973 to 1976. At that point he already began to fight as an amateur and in 1976 he won a gold medal in light heavyweight at the Olympic Games in Montreal. At the time of his first fight against Ali in Las Vegas, he had played just seven fights in his professional career. Leon was 24 years old and the veteran champion, 36, and was in the twilight of his historic career.

You can also read:  Boxing receives donation of sports equipment

It was a 15-round bout and Ali was punished hard in the closing seconds of the bout, leaving him without reaction. The split decision went to Spinks, who showed his famous wide-toothed smile after becoming the only fighter to take a title from Ali. Suddenly, the surprising protagonist became the world heavyweight champion, proclaiming the memorable phrase: “I am not the greatest. Only the last one ”.

That mythical fight was the climax of Spinks’ career as, first, he was stripped of the World Boxing Council (WBC) title for refusing to defend it against top contender Ken Norton. Instead, he chose a rematch against Ali, who regained the World Boxing Association (WBA) title in a unanimous decision, seven months after his first fight, and that would be the last victory of his career.

You can also read:  Miguel Cotto and "Canelo" Álvarez will fight in the city of sin

Spinks fought once again for the heavyweight title, in June 1981, with a TKO loss to Larry Holmes and the WBC belt at stake. He was then relegated to the cruiserweight division, but lost his only title shot to Dwight Muhammad Qawi in a sixth round TKO in 1986. Spinks retired at age 42 after losing a unanimous decision to Fred Houpe, in 1995, and finished his career with a 26-17-3 record (14 knockouts).

After also participating in wrestling and mixed martial arts later on, Spinks faced financial and medical problems. After moving to Las Vegas, Spinks married Brenda in 2011. The two were seen often in boxing-related activities, including Spinks’ induction into the Nevada Boxing Hall of Fame in 2017.

You can also read:  FIB will sanction professional boxers who participate in Olympic Games

In 2014, he suffered intestinal damage and was hospitalized after swallowing a piece of chicken bone and underwent multiple surgeries. His health problems were compounded in 2019 by having to receive treatment for prostate cancer.

Owner of great charisma and popularity, he was a member of a family of boxers, where his brother Michael Spinks also won an Olympic medal, but at middleweight, in the same games where he participated. Leon forged a professional career where he accumulated 26 wins, 14 knockouts, 17 losses and three draws in 18 years on the pay field. Leon is also the father of former boxing champion Cory Spinks.

He passed away this Friday, but 43 years ago he achieved eternal glory by beating Muhammad Ali. It was when Leon Spinks went down in history and became a legend. (GG) (Infobae)