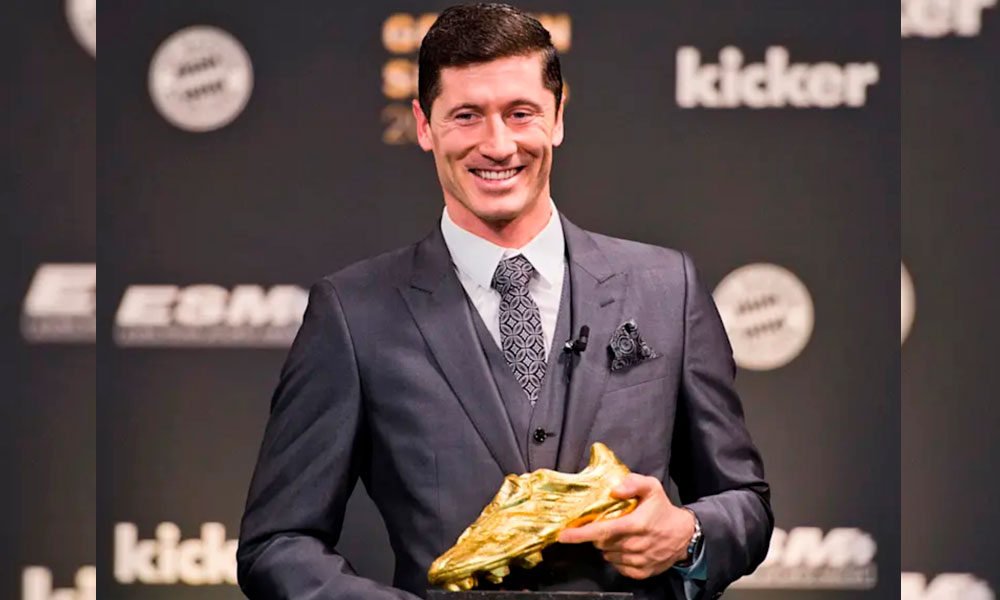 A hat-trick and an assist on Tuesday against Benfica (5-2), eight goals in four Champions League games: Robert Lewandowski accumulates figures that legitimize his hope of finally winning the Ballon d’Or.

At 33 years old, the Pole dominates all the scoring rankings: in the Champions League (8), in the Bundesliga (12 after 10 rounds), but also in all the major European championships, ahead of Mohammed Salah in England (10), Karim Benzema and Ciro Immobile in Spain and Italy (9), Jonathan David in France (8).

“I had never thought I could play so many games, scoring so many goals and giving so many assists,” commented “Lewi” on Tuesday, with the trophy for the best player of the game in his hands.

The German press does not know what superlative to use to describe his exploits: “Incredible!” Said Bild, “His appetite seems insatiable,” added Kicker.

His coach, Julian Nagelsmann, congratulated him: “He is and will continue to be the best striker in the world for a long time to come.”

Matthias Sammer, a former Borussia Dortmund midfielder, the 1996 Ballon d’Or and now a television commentator, estimated that “he is currently the most complete and the best player in the world.”

You can also read:  Cavani is authorized to enter Brazil for the World Cup qualifying match

What draws attention to the Pole, the best FIFA player and Golden Shoe of 2020, is his perseverance at the highest level year after year: 40 goals scored among all competitions in 2018-2019, 55 last year, 49 the previous one. and already 22 this season (including a double in the German Super Cup).

Last season, with 41 goals in the Bundesliga, he broke the record of 40 scored in a season, long deemed unapproachable, of “Bomber” Gerd Müller, glory of Bayern and the West German team of the 1960s and 1970s.

Against Benfica, the hygiene striker with an impeccable life, instructed by his nutritionist wife, reached 81 goals scored in 100 Champions League games, beating Messi and Cristiano Ronaldo who had scored 77 and 64 respectively in the same number of games.

In the global classification of the best scorers in the history of the Champions League, the Pole is positioned just behind them (Messi 123 so many, Ronaldo 139, but having played many more games than the 100 of the Pole) and in front of Benzema ( 73). With Poland, the figures are also impressive: 72 goals in 127 games.

You can also read:  Hakan Calhanoglu signs for three years with Inter Milan

Lewandowski is in direct competition with these three scorers in the fight for the next Ballon d’Or, the supreme reward to which he aspires.

In 2020 he was able to win it, but the award was left void because the season was marked by the pandemic. The Pole was the great architect of the historic journey of Bayern, winner of the Bundesliga, German Cup, Champions League and Club World Cup.

«Lewandowski deserves the Ballon d’Or for this season and the previous one. For all he has done, he deserves it, ”French partner Kingsley Coman explained Tuesday.

Pure perfectionist, «LewanGOALski» regularly carries out supplementary training sessions, such as at the end of September, when he went through a «mini-crisis», with two games without scoring, from which he quickly recovered with a double against Bayer Leverkusen (5-1) .

You can also read:  Luis Fernando Suárez began his task in Costa Rica

And on Tuesday, despite his hat trick, he was not completely satisfied: “I don’t know if it was a perfect night, since I missed a penalty.”

At Bayern since 2014, the German press has spoken of an eventual arrival, next season, of the Norwegian prodigy of Borussia Dortmund, Erling Haaland, following the same path taken by the Polish striker himself.

If the Bavarian club, forced to find a successor, has shown interest in the Norwegian, twelve years younger than Lewandowski, it is also thinking about extending the Polish contract, which ends in 2023.

A time interested in going to Real Madrid, Lewandowski now thinks more about finishing his career in Munich.

«Of course Erling is young, and when he scores so many goals, it is normal that there are interested clubs. For me, the most important thing is what I do on the ground, “said Lewandowski. (AFP)