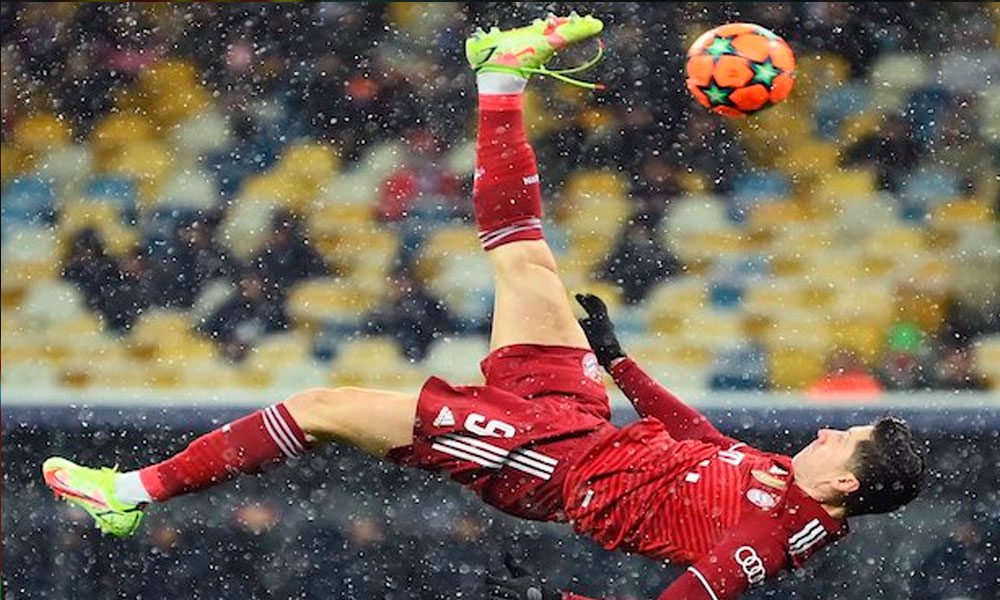 A great Chilean goal by Robert Lewandowski paved the way for Bayern to win 1-2 against Dynamo Kiev, in a game that for the Bavarian team only had statistical value but in which they needed to show a reaction after the defeat in the Bundesliga 2-1 against Augsburg.

Bayern arrived in Kiev with several casualties. The most important were the Dayot Upamecano, by sanction, and those of Joshua Kimmich, Serge Gnabry and Niklas Süle, in quarantine.

The casualties of Kimmich and Gnabry, in addition, generated unease in the team because their quarantine was due to the fact that until now they have refused to be vaccinated and had contact with infected. That has created a public discussion and there has even been talk of a crack in the workforce.

However, in the first part the presumed crisis that had begun to be talked about was little noticed.

You can also read:  Radamel Falcao signs for Rayo Vallecano

Bayern took on the difficult conditions of a turf in poor condition due to snow. He seized the ball and in the 14th minute he took advantage with the Chilean goal of Lewandowski.

The play was started by Leon Goretzka with a ball crossed into the area. Kingsley Coman received it, drew the three-man mark and touched it back, where Benjamin Pavard threw a cross that rebounded and landed on Lewandowski, who finished with an acrobatic Chilean.

At the time of Pavard’s center, Bayern had five players in the opposite area, something typical in the plans of coach Julian Nagelsmann.

Dinamo had a good phase and were about to tie in the 29th minute, when the ball hit a post after a blunder from Manuel Neuer, who missed a pass from Goretzka.

There was also a play that could have been a penalty in favor of Dinamo, but in the 42nd minute came Bayern’s second goal.

You can also read:  Belgian plenary session against a heroic Finland

Bayern began to circulate the ball in the center of the field. Corentin Tolisso threw a cross into the box, Thomas Müller went to the ball, he jumped, spreading his legs so that the ball reached the second post and Coman scored with his right leg.

In the 45th minute, with a shot from outside the box that goalkeeper Buschcan deflected to a corner kick, Tolisso was close to the third.

Dinamo came out in the second half in a clearly offensive plan. In the 84th minute, Shaparenko had a double chance and Neuer reacted with two stops.

Bayern had made a change, Lucas Hernández left to make way for Bouna Sarr, leaving him with a defense made up of four players who had never played together.

Dinamo found spaces. In the 70th minute, after a good combination, Garmasch scored the goal of the Ukrainian team with a shot inside the area from Tysgankov.

You can also read:  Pepi named MLS Young Player of the Year

Tsyngankov himself created some dangerous situations with his long shots, one of which, in the 79th minute, hit the outside of a post.

However, the draw did not come and Bayern achieved their fifth victory in their fifth Champions League game.