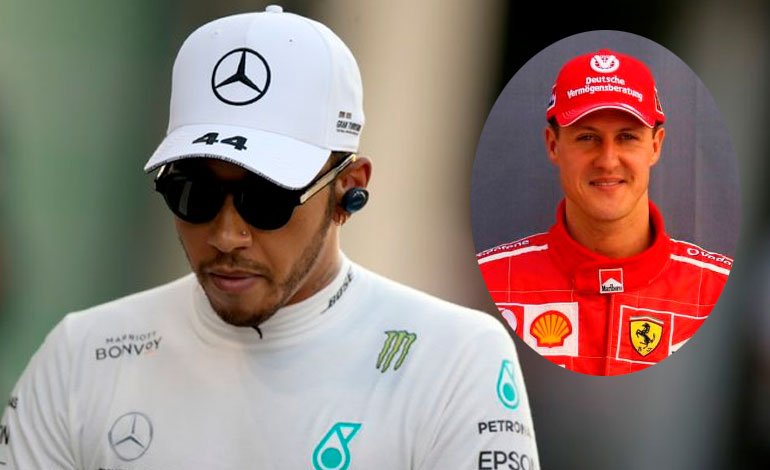 Britain’s Lewis Hamilton (Mercedes) has the chance to approach, equalize and even surpass several records held by German Michael Schumacher, in the 2020 Formula 1 season that will begin on Sunday with the Austrian Grand Prix.

You can also read:  Mexican Sergio Pérez signs a new contract until 2024 with Red Bull

– With 84 victories in 250 Grands Prix, the Briton is seven from Schumacher’s record (91 in 307 races). And since 2014, Hamilton has averaged 10 wins per season. Behind the Schumacher-Hamilton duo, Vettel appears, far behind, with 53 wins.

– Schumacher’s record of 155 podiums is also within the reach of the Mercedes driver, who totals 151. In 2019, Hamilton only missed the podium in four of the 21 championship races. Third in this classification, Vettel has 120 podiums in his record.

– Throughout his career, Schumacher managed 22 times to chain pole position, fastest race lap and victory in the same weekend. Hamilton, with 15, is second in this classification.

You can also read:  Hulkenberg fastest on day one

– Schumacher’s career record of 77 fastest laps is the one Hamilton has the hardest to beat, as the Englishman has 47, by Raikkonen’s 46 and Vettel’s 38, who is fifth in this classification.

– Hamilton already has several records in the category, which he can expand in 2020: he is the rider with the most pole positions with 88, by Schumacher’s 68 and the Brazilian Ayrton Senna’s 65 and adds more first rows on the grid of exit that no other runner, with 145, by 116 for Schumacher and 101 for Vettel).

Note: Michael Schumacher shares the record of 19 seasons in Formula 1 with Brazilian Rubens Barrichello, while Hamilton will celebrate his 14th year in the premier class of motorsport in 2020. AP (HN)