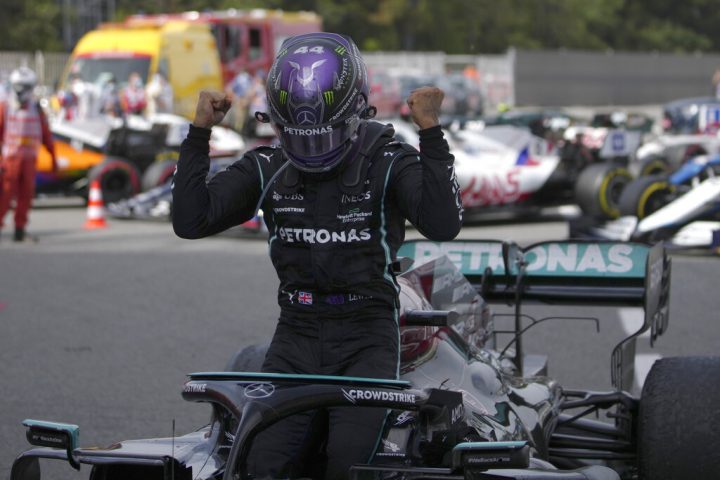 The British consolidate, with his victory, in the leadership of the World Cup, raising his advantage over the Dutch from 8 to 14 points.

In pole position but overtaken by Verstappen in the first corner, Hamilton finally took the victory, thanks to the good timing of his pit stops, which allowed him to get back on the Red Bull driver with seven laps to go on cooler tires and overtake him on his first attempt.

You can also read:  Maldonado: "In Malaysia we had less reliability than usual"

Finn Valtteri Bottas (Mercedes) completed the podium in the fourth round of the season at the Catalunya circuit in Montmeló, while the best lap point went to Verstappen.

The two Frenchmen Esteban Ocon (Alpine) and Pierre Gasly (AlphaTauri) close the list of the top ten, despite the fact that Gasly was penalized 5 seconds for being too early on the starting grid.

Ocon’s Spanish teammate, Fernando Alonso, could only be 17th.

You can also read:  Alonso climbs to fourth place in stage 3 of the Dakar due to suspension of Al Attiyah Neom

Unusual image, the Italian Antonio Giovinazzi (Alfa Romeo) had to stop in the pits at the start of the race because one of his new tires was flat and unusable.

This Grand Prix was played before 1,000 spectators, marking the lifting of the state of alarm that had been in force in Spain since October to fight the pandemic on the night of Saturday to Sunday.

This season, some spectators vaccinated or cured of COVID-19 were present at the inaugural Bahrain GP on March 28.

You can also read:  Schumacher would have lost 25% of body mass