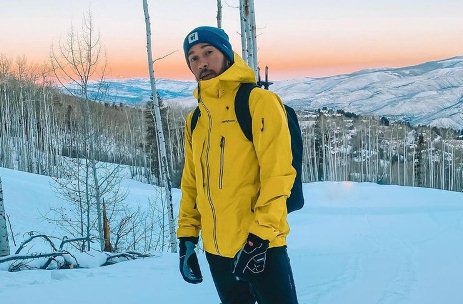 “Walk at sunrise with -16 °”. With a jacket that covered almost half of his face, his voice punished by an obvious physical effort and a warm hat, Lewis Hamilton opened the doors of the atypical training he is doing in the United States: every morning he climbs to the top of the mountain with extreme temperatures in order to clear your mind in “uncertain times that can be dark.”

The 36-year-old driver is not only talking about the pandemic that is hitting the whole world, he is also a disclaimer of what he has been experiencing in recent weeks while his negotiation with Mercedes to sign a new contract is increasingly bogged down. The Briton, a seven-time world champion in Formula 1, equaled Michael Schumacher and needs to lift another crown to be the top winner in all of history in the most important motorsport competition. Exactly two months from the start of the schedule in Bahrain, Lewis is the only driver who has not yet confirmed his seat in the division.

“Every morning I walk to the top of this mountain and take time to set my goals and intentions for the day. I have been training every day and at these altitudes I find it to be the perfect place to take my mind and body to new heights to prepare for the year and season to come. Today, I send you all the positivity and light. I know these uncertain times can be dark, but I want to ask you not to lose sight of your goals. Let’s keep each other motivated and focused. I believe in you, “he wrote on his Instagram account, accompanying the post with a photo in the middle of the snow.

You can also read:  Ecclestone announces that he will leave Formula 1

But he had also shared a video in his stories where he showed the sunrise on the mountain at 7.22 and clarified that at that time it was 16 ° below zero. Next to him was Nimai Delgado, a coach who encourages vegan eating on his social media profile, a philosophy that Lewis has adopted for more than four years.

A few days ago, Hamilton had shown another fragment of his routine in the high North American peaks: “This is at 3400 meters. From 2400 meters the air is so thin that it is more difficult to breathe, which is perfect for pushing the body. I’m at the end of the hike here, perfect start to the morning. Followed by cross-country skiing, where I’m not the best, but I manage ”.

The Briton said that he performs cross-country skiing as part of his routine because it is “one of the best workouts I have discovered over the years.” “I am so driven to turn my body into a machine! Focused on my fuel, drinking a lot of water and only water, continuing to learn more about my vegan diet ”, he portrayed in another of the windows that he opened of his privacy during these days of absolute uncertainty about his sporting future.

You can also read:  Quintanilla delivers the lead to Sunderland and Benavides remains third

“I go hiking to the top of the mountain every morning. On 3 of those hikes I go cross country skiing once I get to the top which is at 3400m, amazing. I love training at altitude, there is less oxygen in the heights, so exercising is much more difficult than at sea level. Simply going up the stairs you feel it at 2000 m. Normally, when I finish training here and go back to running at sea level, it’s a breeze ”, he stated about his atypical day-to-day in North America with the particularity that there is no exactitude on where he is getting on his days of rest and his preseason.

This scenario that presents the top star of the category takes place while maintaining a dialogue via virtual platforms with his friend and boss Toto Wolff. Hamilton is today an “unemployed” in motorsport and Mercedes fine-tunes details to try to agree on the extent of their bond. “He is in the United States and I am here in Austria. At some point we will finalize it. So it is with negotiations. The lawyers are working hard. We don’t make life easier for them, of course, we both argue about Zoom ”, said the team director.

You can also read:  Lewis Hamilton: "I have come to win the Brazilian GP"

However, the information that lit the warning lights in the world of motorsports was delivered by former Formula 1 boss Eddie Jordan. “I have a little piece of information and Lewis says, ‘Look guys, this is my salary, is this what I get paid as a driver and for various other things that accompany interviews and other things? But do they compensate me for bringing in sponsors? Are they compensating me for the increased television revenue that they are making as a builders’ champion in the form of television money? ” According to the manager, Hamilton intends to add to his salary of more than 50 million dollars a year 10% of what he receives from television rights to Mercedes.

For now, on March 28 the new F1 calendar will begin with the race in Bahrain and on April 18 the second day will take place in Italy. In total, there will be 23 dates with the last race on December 12 in Abu Dhabi. Will Lewis be on the starting grid? (GG) (Infobae)