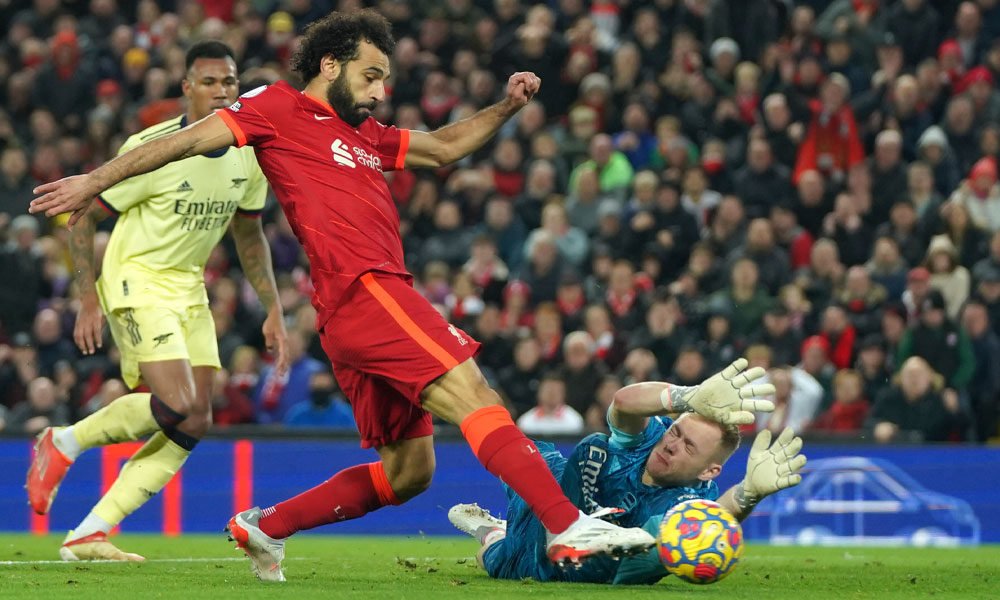 The dream and the streak of the Spanish Mikel Arteta and his Arsenal are over. He was taken ahead by a Liverpool that proved to be a step above the ‘Gunners’ and which not even a great Aaron Ramsdale could stop this time (4-0).

The English goal, international with the absolute, was the reason why Arsenal did not take an even greater win from Anfield, although there was little they could do to try to avoid the goals of Sadio Mané, Diogo Jota and Mohamed Salah and Takumi Minamino that they decided the game.

And that, until Mané’s first goal, Arsenal stayed in the game, pressing, with a great defensive block and with many aids from the attacking players, with the aim of stopping the entry of Liverpool’s full-backs. .

Arsenal were holding off the ‘Reds’ until the boiler that is Anfield exploded, thanks to a scuffle on the sidelines between a heated Arteta, who they had to hold, and Jürgen Klopp. The cause? A clash in the air between Tomiyasu and Mané. This action woke up the stands and Liverpool, who had waited patiently until then, began to roar.

You can also read:  Juventus draws with Milan and sinks in Serie A

Ramsdale, blessed since he arrived at Arsenal this summer for 40 million, was in charge of stopping the revolt. A double save to Mané, first on a volley and then from the ground, later blocking Salah from point-blank range and finally a hand to Alexander-Arnold from inside the area. Even the English laughed because everything was coming out for him.

But everything has a limit. Free kick in the box by Alexander-Arnold, the ball reaches the far post free and Mané accompanies it with his head to the net. The game fell to Arsenal, which began to unravel much more and, above all, to make serious errors in defense and in the exit of the ball.

You can also read:  Ricardo Gareca's new list to face Bolivia and Venezuela

In a recklessness of Nuno Tavares, who tried to come out from behind by dribbling, the second came. The Portuguese made a mistake when he made a horizontal pass at the height of his area, he gave the ball to Jota and he left a defender, Ramsdale, and scored into an empty goal.

Arsenal broke down even more and Liverpool’s trident took advantage of this, which in a great triangulation between Jota and Mané, left the Senegalese alone in the area to serve Salah the third, breaking a streak of three games without seeing door.

Klopp’s men had fun, already with the three points achieved and without pressure, and in another masterful combination inside the area, Takumi Minamino finished off a low pass from Alexander-Arnold to round off Liverpool’s beating.

You can also read:  Laporta admits that Messi's renewal would have put the club at risk

Thus ends Arsenal’s ten-game unbeaten streak, which, even so, has lost and by a landslide against Chelsea, Manchester City and Liverpool, the three great candidates for the Premier this year. The ‘Gunners’ remain fifth, with 20 points, while Liverpool climbs to second place, four points behind Chelsea.

Referee: Michael Oliver. He admonished Mané (m.44) and Fabinho (m.70) by the locals.

Incidents: Match corresponding to the twelfth day of the Premier League played at the Anfield stadium (Liverpool). EFE