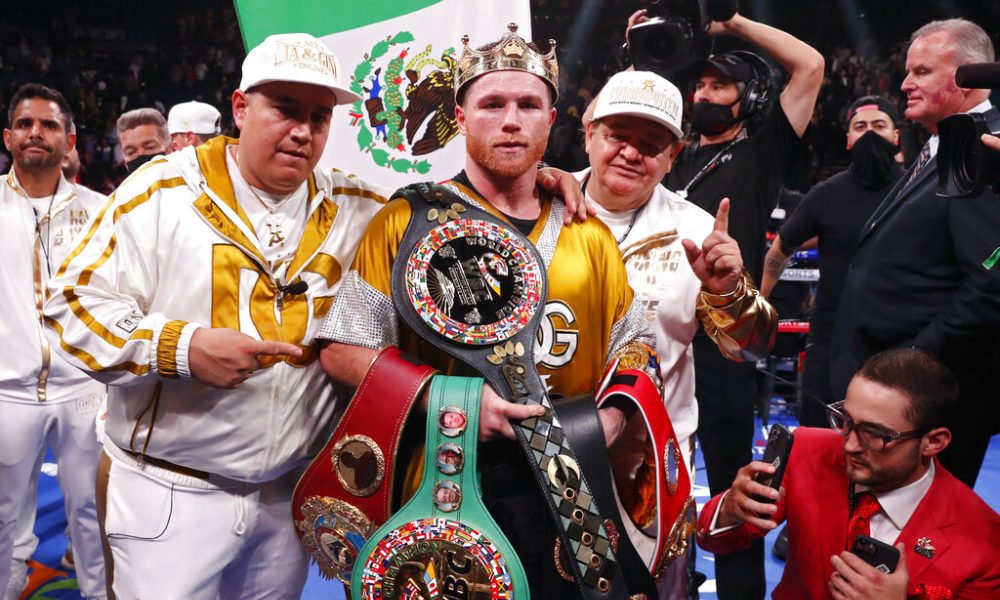 The president of Mexico, Andrés Manuel López Obrador, congratulated this Monday the pilot Sergio ‘Checo’ Pérez for becoming the first Mexican to climb the podium in the Grand Prix of Mexico and the boxer Saúl ‘Canelo’ Álvarez for being the “king” super middleweight.

“Congratulate Saúl ‘el Canelo’ Álvarez who won a fight and Checo Pérez who took third place in the Formula 1 Grand Prix of Mexico City,” said the president at the beginning of his morning press conference at the National Palace.

«Checo is important because, as everyone knows, it had not happened that a Mexican occupied a place, in this case third place in this competition in our country. (…) So congratulations, “added the president.

You can also read:  Ubaldo Matildo «Pato» Fillol was discharged from his hospitalization for coronavirus At the Mexican Grand Prix at the weekend, Pérez kept pressure on the 71 laps of Britain’s Lewis Hamilton of Mercedes, who finished second behind drivers’ championship leader Max Verstappen of the Netherlands, Checo’s teammate in Red Bull.

«I was full of support. I want us to enjoy a lot today, we deserve it, you have been the best hobby, not only today, since I started in my career. Today we Mexicans deserve to celebrate a lot, “explained Pérez after finishing in third place in his country.

While Mexican champion Saúl ‘Canelo’ Álvarez wrote another chapter in boxing history this Saturday by becoming the first fighter to unify the super middleweight title by defeating American Caleb Plant by technical knockout at the beginning of the eleventh round, who lost his unbeaten

You can also read:  Hazard: "Being injured is not the end of the world"

“Everything that is sport must be promoted, promoted and always recognized for outstanding athletes in Mexico,” claimed López Obrador. (EFE)